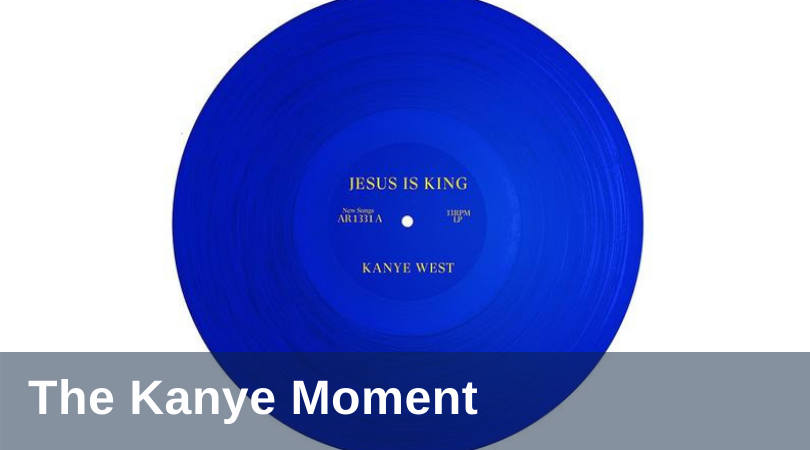 Kanye West’s Jesus is King album is the centerpiece of his “Sunday Service,” a Gospel choir performance of his discography held in churches and concert venues on a weekly basis. The mix of pop culture entertainment and religious exuberance is a self-conscious expression of the entertainment complex writ large, a cultural liturgy led by a self-styled prophet that also generates a profit.

Perhaps it is too simplistic to call the Kanye moment another opportunist cashing in on Christian longing. Something else is afoot for those who work in ministry and think about the relevance of such things.

Our liturgies don’t generate the same emotional intensity as a pop concert, nor should they. The liturgy is not for our amusement or entertainment; it is for our salvation. It saves us from our proclivity to worship what is below by raising our hearts and minds to God. That said, liturgical aesthetics have taken a beating over the last half century, and the entertainment industry has been more than happy to satisfy our desires to commune with others and experience moments of transcendence.

This is not about the loss of high altars or polyphony, although those things are missed. Kanye’s “Christian genius,” if we can call it that, is his marriage of the vernacular of rap and hip-hop with the eternal truths of Christianity. The meteoric success of the musical Hamilton is another example of the way in which hip-hop can make something like American history exciting, even relevant again.

If Kanye and Lin-Manuel Miranda can do it, then why didn’t the switch to the vernacular liturgy generate the same enthusiasm and renewal for the Church? Because the Church is not a vernacular institution, it is a mystical one. The best in art, literature, and liturgy has always been that which can use the particularities of the vernacular to reveal a universal truth.

When you read Mark Twain’s The Adventures of Huckleberry Finn, there is a sense you have been transported to the banks of the Mississippi River in the late 1800s. Why? Is it because the description is so rich that you can’t help but picture the scene? No. It’s because the language has been stylized in such a way that it captures all of the idioms, slang, and twang of the spoken word in that era, conjuring the old South in ways that mechanical description simply can’t.

“Pretty soon Jim says: ‘Say, who is you? Whar is you? Dog my cats ef I didn' hear sumf'n. Well, I know what I's gwyne to do: I's gwyne to set down here and listen tell I hears it ag'in.’”

Every time I read this, I can’t resist saying it aloud. What does the word “gwyne” actually sound like? I have to say it to hear it. Pretty soon, I am in character, mouthing Jim’s words. Did you just read it aloud too? If so, you are now more involved in the story than you were a minute ago. It is this mimetic capacity of the vernacular that invites our participation.

Imitation and mimesis in story goes all the way back to the ancient Greeks, where the performance of epic poetry was not a passive experience but a participatory education in the social mores of the time. The audience, immersed in the hero’s moral choices, couldn’t help identifying emotionally and personally with the performance.

When we participate in the Mass, we enter into the Passion, Death, and Resurrection of Jesus. We learn through embodied perception and imitation. The priest takes on the role of the Homeric poets, leading the people to moral and spiritual truth in the drama of the Mass. He commemorates the Passion “in persona Christi” and we join our hearts to it.

The move to the vernacular in the liturgy aimed at restoring the immediacy and participation that mimesis can trigger, but it ended up doing the opposite.

In the church of consumer capitalism and entertainment, rap and theatre performers have captured the magic of mimesis in a way that the Church has largely lost. Fans of Kanye experience a connection. They get the sense that Kanye is speaking for them. It has as much to do with the performer’s speech patterns and rhetorical style as it does the lyrical content. It is an authentic vernacular that provokes mimesis.

As Aristotle had it, there needs to be some distance between the work of art and everyday life. The more “real” the representation, the less room there is for truth to be revealed. Alexander Hamilton never broke into freestyle rap (that we know of), but placing him in that context makes the familiar strange, opening up a place where art does its most formative work. The catharsis comes from presenting something that is both recognizable and distant at the same time.

The Church is sitting on a 2000-year patrimony of some really strange stuff. Relics, ancient languages, epic martyrdom stories, and arcane hymnody that conjure a distant but familiar time and place. Rather than forever chasing the “relevant” trends of popular culture, perhaps it’s time for the Church to make the strange familiar again.

Featured image via defjam.com; fair use.