A lesson in almsgiving from an 8-year-old 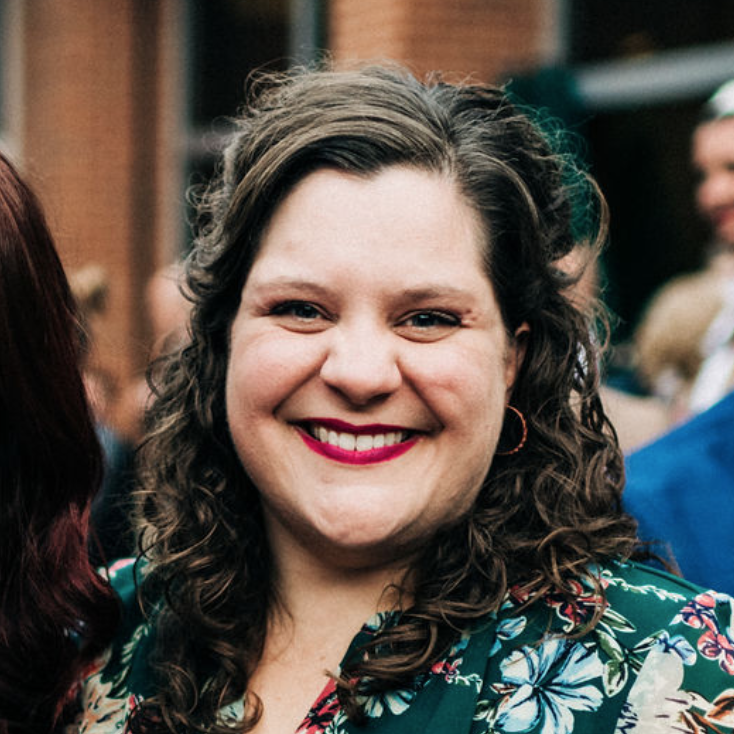 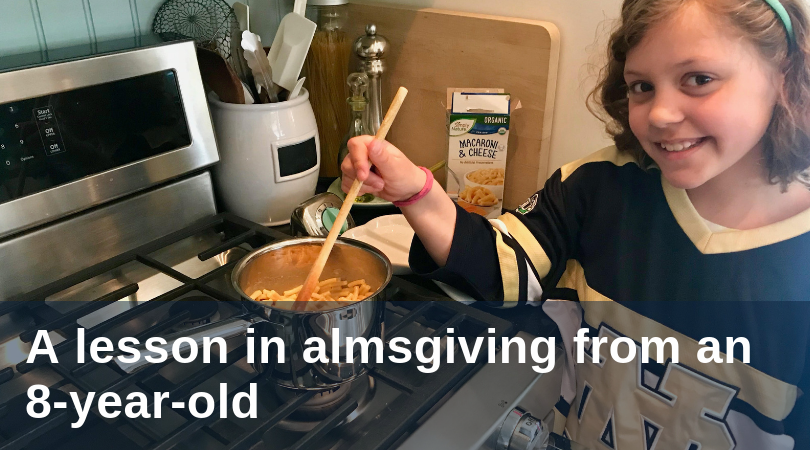 Out-of-uniform “dress down” days are a common way for Catholic schools to incentivize charitable giving among their students. This month’s dress down day at my children’s grade school benefitted the St. Vincent de Paul Food Pantry, so the school was collecting canned goods instead of money.

After preparing an outfit for the next day, my daughter found me in the kitchen and asked if she could take a box of mac & cheese. I ignored her request and started rummaging around our pantry for that generic can of something I haven’t used in the last year. Victorious, I pulled out a can of salmon—probably something I bought during Lent last year with the aim of making a healthy lunch that inevitably resulted in a PB&J.

(Indulging in perfectly drippy and delicious PB&Js on a Friday in Lent. Yep—did that. Looking for food I haven’t used and “praying” that the expiration stamp is still in the acceptable range. Yep—did that, too.)

“Do we have mac & cheese?” my daughter Ilah asked again.

“Well,” I replied, “I only bought one box at the store this week, and we’ll need that for lunch this weekend. Take this salmon.”

Without skipping a beat, she said, “I can live without mac & cheese for a day, Mom.”

Her dry tone emphasized how obvious this should have been to me without her having to say it, and the deadpan look that accompanied her tone unmistakably said, “What the heck are you doing with that stinky can of salmon?”

At that moment, even the $1.29 box of Aldi mac & cheese seemed to be frowning at me from the shelf. I’m supposed to be MOMMY, setter of good examples and teacher of how to live out the Gospel, especially at times when giving is a no-brainer. But, in that moment while I was rummaging to find “a gift” that would require no effort or sacrifice and have very little effect on our grocery bill or weekend lunch plans, Ilah was living out the Gospel through that little box of powder and pasta in a really big way.

Like many kids, this girl loves mac & cheese. Whenever we are home over lunchtime, her first and only question when the meal approaches is whether or not we can have mac & cheese. (It’s been like this since she was three. She’s eight.) So, when it was time to look for a dress down day donation, her first instinct was to give what she loved the most—I assume because she thought whomever needed it would love it that much, too. Why wouldn’t she give the best thing ever instead of a stinky old can of salmon?

On that evening in the kitchen, I was so taken aback by her reply, I silently handed her the box with a look on my face that prompted her to give me the standard kid-to-parent, “What?”.

I rebooted my sensibilities with a breath and a little shake of my head and gave her a big hug. I didn’t have the means to articulate what had happened in that brief span of 90 seconds—how I flopped in the face of giving and how she lifted me back up with her small but completely effortless gesture of generosity and love. The sacrifice, to her, was simply part of the gift. Whether she was conscience of the fact or not, Ilah chose to live the Gospel in her own little way and to give exactly how Jesus teaches us to give—with no barriers, without serving oneself, with no second thought.