Spiritual Friendship and the Redemptive Vision of "Fratelli Tutti" 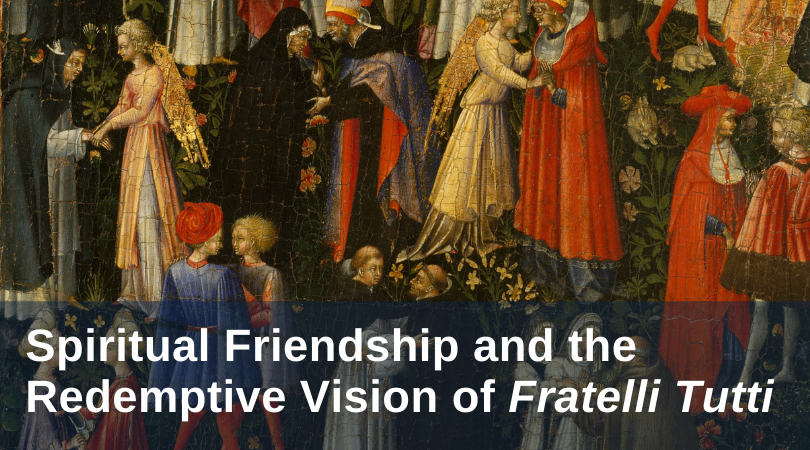 One of the oldest reflections on friendship is Plato’s Lysis in which Socrates suggests that a friend “somehow belong[s] to his beloved either in his soul or in some characteristic, habit, or aspect of his soul.”[1] Developing this intuition, Aristotle, later argued that in a perfect friendship, friends must “live together,”[2] by sharing deeply in one another’s inner life, famously describing such a friend as “another self.”[3] True friends are those whose hearts and minds pursue the same thing—goodness for Plato and virtue for Aristotle.