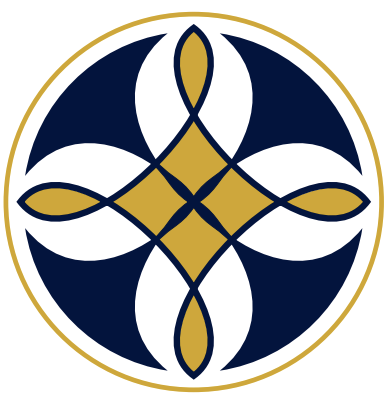 We asked Dr. Shannen Dee Williams of Villanova University to describe how Black Catholic History Month developed, to share ideas on how to learn more about the stories and experiences of Black Catholics in America, and to offer insights, especially to non-Black Catholics, on how to confront the scourge of racism.

Each November, the Church observes Black Catholic History Month. When and how did this observance begin?

The first observances of Black Catholic History Month took place in November 1990. These inaugural celebrations were held in historically Black Catholic parishes across the United States. Earlier that year on July 24, members of the National Black Catholic Clergy Caucus (NBCCC) meeting at Fordham University voted to designate November to celebrate the long history and rich heritage of Black Catholics in the Church.

The publication of Fr. Cyprian Davis O.S.B.’s landmark study The History of Black Catholics in the United States (Crossroads, 1990) largely spurred the NBCCC’s vote to establish Black Catholic History Month. The NBCCC, of which Fr. Davis was a founding member, selected November because it contained several important dates in Black Catholic history. These include the birth date (November 13) of St. Augustine, the first Church Doctor from Africa, and the feast day (November 3) of St. Martin de Porres, a seventeenth-century Afro-Peruvian lay brother and champion of racial equality. In 1962, Porres became the first person of African descent to be canonized from the Americas.

In establishing Black Catholic History Month, the NBCCC institutionalized a longstanding tradition of teaching and championing Black Catholic history in Black Catholic schools and parishes, initiated by the nation’s Black teaching sisterhoods during the Jim Crow era and later expanded within the Church by members of the National Black Sisters Conference following the assassination of the Reverend Dr. Martin Luther King, Jr. in 1968.

You've written elsewhere that "Black history is Catholic history." Can you say more about this? How is that the case?

For many people in the West, Catholicism is synonymous with whiteness and Europeanness. However, such perceptions of the faith erase the Church’s early roots in Africa, which preceded the development and embrace of Catholicism in Europe by nearly four centuries. Contemporary characterizations of Catholicism as a European or white religion also ignore the fact that nearly one-fourth of the Church’s faithful in the world today are people of African descent.

In the United States, where the Church’s African roots are as old as its European roots, many people, Catholic and non-Catholic alike, believe that African American Catholics do not exist or are historical anomalies resulting from the Church’s twentieth-century evangelization efforts to Black migrant communities in the urban North, Midwest, and West.

However, much of early African American history is Catholic history, and much of early American Catholic history is Black history. The Catholic Church became the first and largest slaveholder in the Americas. (Note: In Brazil, which received the greatest percentage of enslaved Africans transported into the Americas, the Jesuits were at the center of the brutal sugar economy and the largest slaveholders.) The story of the Catholic Church in the land area that became the United States did not begin in the English Catholic colony of Maryland in the seventeenth century. It began, rather, in the Spanish Catholic colony of Florida, where free and enslaved Black Catholics helped to establish and build St. Augustine, the nation’s oldest city in the sixteenth century. The first Christian marriage in North America took place between a free Black Catholic woman from Spain and a Spanish soldier in the diocese of St. Augustine in 1565. Free and enslaved Black Catholics also built and funded most of the nation’s earliest Catholic Churches, schools, seminaries, monasteries, and convents. Because of the nature of slavery, many of these pioneering Black Catholics also had blood ties to the nation’s earliest European Catholic families, including the Spaldings and Carrolls, who gave the U.S. Church its earliest bishops, as well as several pioneering white and black sisters. Catholics must also never forget that Roger B. Taney, the nation’s first Catholic Supreme Court justice, infamously declared that Black people had no rights which “the white man was bound to respect,” while denying the freedom petitions of Dred and Harriet Scott and their two daughters in 1857.

While the bulk of scholarly attention to the African American Catholic community has focused on the colonial period to the abolition of slavery, the story of Black Catholics and their pivotal struggles to dismantle racial segregation and exclusion in the Church and wider society in the twentieth century is equally rich and deserves more attention.

I developed the Twitter hashtags #BlackHistoryIsCatholicHistory, #CatholicHistoryIsBlackHistory, and #BlackCatholicHistoryAlwaysMatters to fight against the systematic erasure of the central roles Black people—as devoted practitioners and victims of the faith—have played in the making of Catholicism in the United States and wider world.

Throughout the United States, the levels of diversity in Catholic parishes vary greatly. Within this variety, is there a range of ways in which different communities might mark Black Catholic History Month?

I would also love to see Black and non-Black Catholic parishes organize pilgrimages to Elmina Castle in Ghana during Black Catholic History Month. The Catholic Church was not only the largest slaveholder in the Americas, but it was also a leading participant in the transatlantic slave trade. In fact, in a series of papal bulls beginning with Pope Nicholas V's Dum Diversas (1452) and including Pope Alexander VI's Inter Caetera (1493), the church not only authorized the perpetual enslavement of Africans and the seizure of "non-Christian" lands, but morally sanctioned the development of the trans-Atlantic slave trade. From 1502 to 1888, the trade forcibly and violently transported over 12.5 million African women, men, and children to the Americas and Europe and resulted in the deaths of millions of Africans. Now a UNESCO World Heritage Site, Elmina, or the St. George of the Mine, Castle, was the first European slave trading post established in West Africa. Today, it is a popular destination for descendants of the trade’s survivors who make the trip back to Africa. At the center of Elmina Castle is a Catholic chapel where priests and other practicing European Catholics worshipped daily, all while committing unspeakable crimes against humanity against the kidnapped and enslaved Africans locked in the dungeon below. I believe every Catholic should make this pilgrimage and make special prayers and reparation for the souls of the millions who suffered and died in the name of Catholicism and profit. Although the Church has done tremendous good in the world, we must never forget that the Church actively and barbarously participated in the slave trade, slavery, segregation, and colonialism. And the Church has yet to formally apologize for these crimes against African-descended people. Elmina Castle (and the grave sins against humanity committed there) is as much of the story of the modern Catholic Church as the Vatican.

What can [non-Black] Catholic communities—especially parish and diocesan leaders—do to make Black Catholics feel more welcome? How can we better embrace our Black brothers and sisters in Christ and celebrate the particular gifts Black culture offers to the Catholic Church? Most importantly, how can we work together to combat the sin of racism still so prevalent in the United States?

Non-Black Catholic communities who view Black Catholics as outsiders and/or inauthentic Catholics suffer from a lack of historical awareness of the foundational African roots of the U.S. Catholic Church and Christianity as a whole. Catholic faithful have always been racially and ethnically diverse, and as St. Paul instructed us in Galatians 3:28, “There is neither Jew nor Gentile, neither slave nor free, nor is there male and female, for you are all one in Christ Jesus.” Parishes that do not welcome all into their fold equally fail to uphold Jesus’s greatest commandment to us: to “love your neighbor as yourself.”

I grew up in a nearly all-white, southern, suburban parish in which I never felt fully welcome. I spent seventeen years listening to homilies that never acknowledged the enduring sin of racism in our society and Church, and participated in collective prayers that never included victims of racism, poverty, homelessness, police and state violence, or food insecurity outside of the Advent season. In a clear but subtle way, I was also taught that Black Catholics did not matter, that we were at best marginal and anomalous in the history of the Church and Christianity more broadly. For example, I never learned about the African origins of Christianity or the Church’s African-descended saints in my religious education courses. Nor was I ever taught anything about U.S. Black Catholic history and the Church’s own egregious histories of slavery, segregation, and colonialism in the modern era. Although my mother supplemented my religious education with the African saints that she knew, it took entering graduate school and stumbling upon the history of Black Catholic sisters before I learned much of this history. And even then, I was primarily self-taught. So, institutionalizing the teaching and celebration of Black and Black Catholic history in Catholic parishes, RCIA and religious formation programs, and other educational institutions is an essential first step.

Black Catholic history reminds us that the Church has never been an innocent bystander in the construction, propagation, and maintenance of white supremacy in the modern era. So, becoming active in struggles designed to root out and eradicate individual and systemic racism in the Catholic Church and wider society is one important way for non-Black Catholics to make Black Catholics feel more welcome in their spaces. That will signal to Black Catholics that your parish is a welcoming and Bible-fed space grounded in the Church’s social teachings and the common good.

This past summer, I outlined in The Catholic News Service and The National Catholic Reporter plans for what Catholic reparations for slavery, segregation, and exclusion must entail. I will not repeat those suggestions here, but I will continue to stress that a Catholic blueprint for eradicating racism within the Church and beyond already exists. The U.S. Catholic Church has always had a tradition of faithfulness that understood that Black lives matter and that Black history is Catholic history. This 455-year old tradition of Catholicism resides within the U.S. Black Catholic community. It is an anti-racist tradition that gave us Servants of God Mary Lange and Thea Bowman, Venerable Augustus Tolton, and millions of other unsung Black Catholic men, women, and youth, who fought to free the Church of the sin of anti-Black racism and make it truly Catholic.

I wholeheartedly believe that we can build the beloved kingdom right here on earth. Eradicating white supremacy from our minds, hearts, and structures is where we must begin.