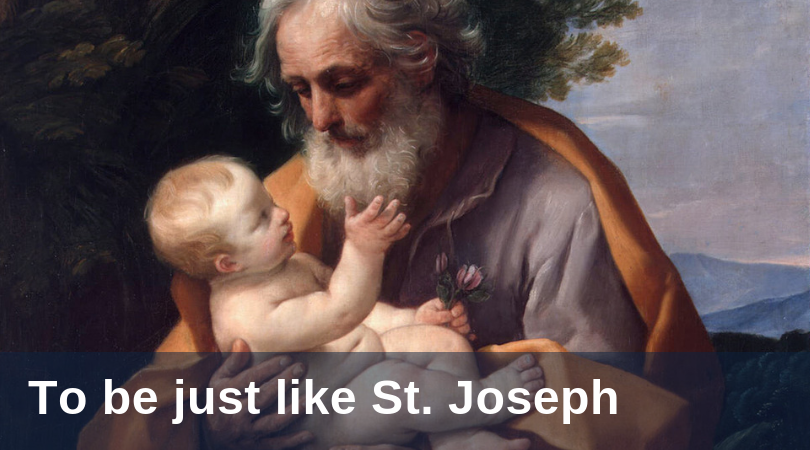 St. Julian Peter Eymard, in his little devotional handbook called Month of St. Joseph, tells us that “devotion to St. Joseph is one of the choicest graces that God can give to a soul, for it is tantamount to revealing the entire treasury of our Lord’s graces.”

But why? On first look, St. Joseph appears as a man of no particular interest. The Gospel accounts are minimal. Not one word he spoke is recorded. He is a silent man of dreams who takes Mary, pregnant with a child he did not beget into his home as his wife and raises the Child exactly as if he were his own. He calls no attention to himself for doing so. In obedience to the instructions of God, he leads his family into protective exile and then back, to a new home. We take this for granted because he does not boast of his virtues. We get a one-word description of them. He was “just.”

Upon a second look: Would that I, as a husband and father, could be called “just!” In one word, without qualification! Would that my life was so completely ordered towards the good of my family that I craved no attention for myself besides! Would that I had the poverty of spirit to obey every instruction of God, without pausing even to speak! Would that I trusted that my life “was hid with Christ in God” (Col. 3.3) such that I felt no need to advertise my valiant deeds! (Would that I had any!) Would that my manhood were an instrument so transparent to the charity of God as to provide a home for the otherwise homeless of all sorts.

Even more — Would that the eternal Word of God, silent from all eternity, would have spoken, and called me “Dad!” Would that I could understand the humility of such a Word! And of the man who remained silent even in the face of such an overwhelming grace, allowing the Word to speak instead. If I did understand it, I would see the whole “treasury of graces” pouring from the Lord’s heart! And I would love this man.

For an extended reflection on St. Joseph, here is Dr. John Cavadini's presentation for Saturdays with the Saints: St. Joseph, A Father Rich in Mercy.