Faith and Science: A Model of Sanctity for Catholic Scientists 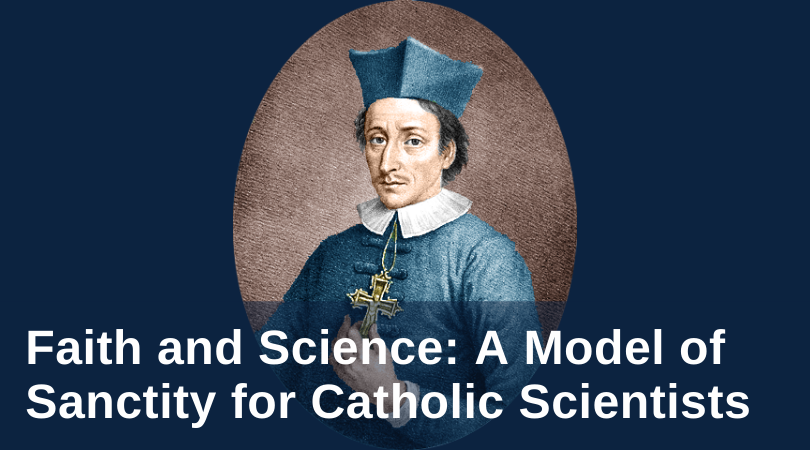 Editorial Note: This post is part of our #FaithAndScience series exploring the relationship between science and religion, and is excerpted from the author's textbook Faith, Science, & Reason: Theology on the Cutting Edge, 2nd edition (Midwest Theological Forum, 2019).

Important Catholic scientists have existed since the first millennium of the Christian era. The lives and scientific contributions of these individuals leave no doubt that a commitment to science is in the very spiritual DNA of the Church, part of her very life and consciousness. One such scientist has recently been held up by the Church as a witness to Catholic scientists: Blessed Nicholas Steno.

Blessed Nicholas Steno (Bishop, 1638–1686), also known as Niels Stensen, was a remarkable figure in many ways. He made fundamental contributions to four branches of science: anatomy, paleontology, geology, and crystallography. While still in his twenties, he was already recognized as one of the leading anatomists in Europe. His anatomical studies greatly increased knowledge of the glandular-lymphatic system. Various parts of the human body are named after him, including Stensen’s duct, Stensen’s gland, Stensen’s vein, and Stensen’s foramina. He also did important work on heart and muscle structure, brain anatomy, and embryology. He was a Dane by birth, but he eventually ended up in Florence, where he worked in a research institute that included some of Galileo’s pupils.

In 1666, while he was dissecting the head of a Great White shark that had been caught near Livorno, he noticed that the teeth of the shark bore a strong resemblance to the so-called tongue-stones that were common on the island of Malta. He realized that the tongue-stones were actually ancient shark teeth. This mystified him because these teeth (as well as seashells) were very often found high up on cliffs and mountaintops. Unraveling this mystery led him to develop, after much further investigation, a detailed theory of the origin of fossils and of sedimentary rock that was very controversial at that time, but was essentially correct. He is thus regarded as the founder of the study of fossils and of the branch of geology called “stratigraphy.” Steno’s theory of how geological strata were laid down allowed people to begin to understand the extended nature of the history of the earth and of life.

The study of geology led Steno to the study of crystals, where he discovered the basic fact, known as Steno’s, or Stensen’s, Law, that in all crystals of the same mineral the angles are the same.

Steno was raised as a Lutheran, but after a deep study of theology and early Church history, he converted to Catholicism. He left scientific research to become a priest, and was soon elevated to the rank of bishop. In his last public lecture as a scientist, he offered to history one of the greatest descriptions of the relationship between nature, our grasp of truth, and the absolute mystery of God:

As bishop, he was known as an ardent advocate for the poor, for whom he sold all of his belongings, even his bishop’s ring. He practiced rigorous asceticism, constantly praying and fasting. On October 23, 1988, he was beatified by Pope John Paul II.