Faith and Science: Acknowledging God as the Creator 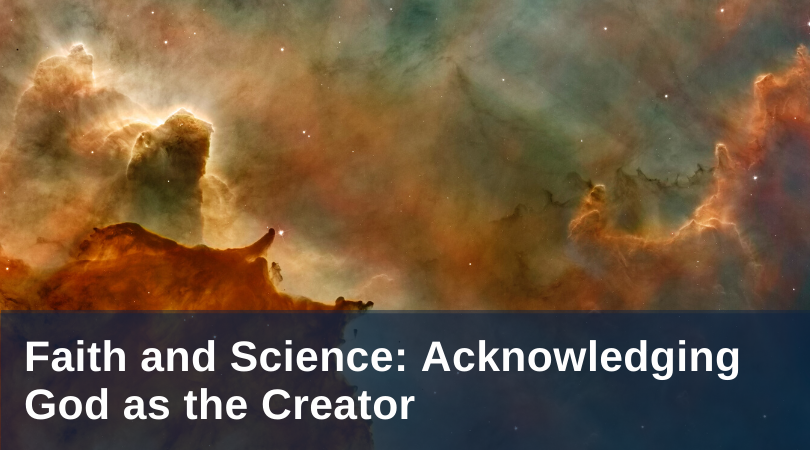 What do you mean when you call God the Creator? When it comes to science and religion, this is the number one question I wish people would ask. Both skeptics and believers all assume that for God to create is half about infinite power and half about some kind of occult engineering. This is why so many believers get excited about ‘God of the Gaps’ arguments like Intelligent Design Theory, making God a ‘how’ explanation for natural phenomena that they think science can’t explain. They conceive of God as something of a hybrid who is part magician, part mechanic, and part micromanager of complex processes. The idea that love is the driving force behind the universe—its reason for being as well as its meaning, never enters their minds.

The Christian doctrine of creation, however, refers to God who, by a love, power, and wisdom that are absolute and unimaginable, brings into being things distinct from himself. Creation is the beginning of God’s Revelation of himself, in which his reality is manifested to his creatures in their very coming to be and continuing in existence. It is the basis of all other Christian doctrines, and is referenced in the very first line of the Nicene Creed: “I believe in one God, the Father almighty, maker of heaven and earth, of all things visible and invisible.”

This Christian belief in a Creator God has four distinctive elements:

1. God creates the universe ex nihilo, “from nothing.”

God uses no preexisting material to create the universe. God’s act of creation causes matter, space, time, and even the very laws which govern the universe to exist. Regardless of the scientific explanations of ‘how’ it came to be, God, in one divine action from all of eternity, creates and sustains all that exists.

For God, who transcends time, to create at the first moment of the universe is no different than what God is doing at this moment. Right now, as much as at any time in the past, God is saying “Let there be light,” “Let the earth teem with living things,” etc. God’s act of creation is not a historical event that happens within time, but it is instead a metaphysical reality describing the universe’s dependence on God’s eternal act of creating, which transcends time.

God is free to create the cosmos, and to do it in the way he sees fit. God, who is Love (1 John 4:8), chose to make this universe; he did not have to create in order to be God. The perfect freedom by which God creates means that the universe was created out of perfect love.

4. God creates the universe ex Trinitate, “out of the Trinity.”

Creation is the work of the Father, Son, and Holy Spirit, who, in a perfect communion of love produce the universe out of divine love and goodness. Everything created exists because of God’s inexhaustible, merciful love. God had no need to create; rather, the universe is the product of love overflowing and merciful love, and is therefore the foundation and deepest meaning of all things.

This is the heart of the true Christian doctrine of creation. Just as God causes us to come to life in Christ through mercy, causing goodness in us precisely where we have carved holes of nothingness into our lives through sin, the doctrine of creation ex nihilo, out of nothing, means that every moment is an overwhelming display of the same kind of love. Creation itself is an act of mercy, of God causing goodness where it has no claim, where it is absent. The freedom that we find in the natural development of the universe is something we should expect if we see it in the light of Christ.