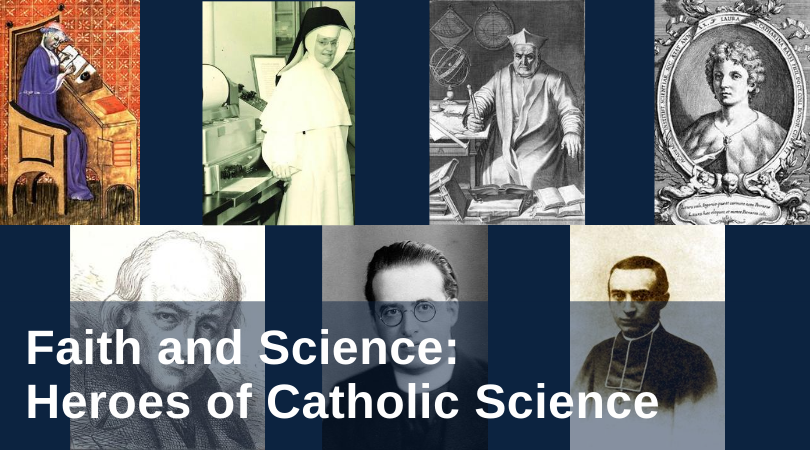 Editorial Note: This post is part of our #FaithAndScience series exploring the relationship between science and religion, and is excerpted from the author's textbook Faith, Science, & Reason: Theology on the Cutting Edge, 2nd edition (Midwest Theological Forum, 2019).

Perhaps there is no better way to see the witness of Sacred Tradition regarding science than to observe how many great scientists the Church has had within her ranks throughout history. Stretching back to ancient times and forward to the present day, Catholic men and women have understood God’s call to include investigating the natural world, and have made major contributions to science. An impressive number could even be considered game changers, scientists who either founded whole branches of science or whose original discoveries advanced understanding for all ages to come. Here are just a few stories of some of the lesser-known heroes of Catholic science:

Nicholas Oresme (Bishop: Physics, Astronomy, 1329–1392) was the most brilliant scientist of the Middle Ages. Oresme was not only very original but also remarkably broad in his interests and accomplishments. He made contributions to musicology, psychology, physics, and mathematics, and is considered the greatest economist of the Middle Ages. Oresme and his teacher, Jean Buridan, were the first in Church history to propose that the sun, not the earth, might be at the center of the universe (no one had a concept of a solar system distinct from the universe until after the Scientific Revolution). 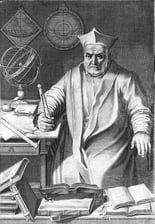 Christoph Clavius (Jesuit Priest: Mathematics, Astronomy, 1538–1612) made his great contribution by combining astronomical observation and mathematical genius to give us the calendar we use today. Our calendar is called the Gregorian calendar after Pope Gregory XIII, who promulgated it in 1582 after appointing Clavius to revise the less accurate “Julian” calendar that had been in use. Clavius’ ability to produce the calendar was fueled by his incredible abilities in math. He was “the first to use a decimal point, some twenty years before it became common; the first to use parentheses to collect terms; and the first to use the plus (+) and minus (−) signs in Italy.” Through these he made computation much more efficient for astronomers, paving the way for many future discoveries.

Laura Bassi (Laywoman: Physics, 1711–1778) was only the second woman in history to receive a European university degree, and the very first woman ever to receive a chair at a European university, the University of Bologna. She spent her early career studying gravity, performing experiments based on the work of Sir Isaac Newton. In her later career she focused her experiments on electricity but managed to perform experiments in virtually every other area of physics known in her day. While opening doors for future female scientists, Bassi also raised eight children and was the only woman included in Pope Benedict XVI’s elite group of 25 scholars of theoretical physics and other sciences. 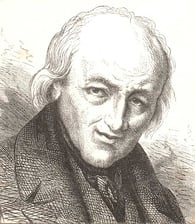 René-Just Haüy (Priest: Founder of Crystallography, 1743–1822) is regarded as the founder of the science of crystallography and helped to establish the metric system. His name is inscribed on the southeast side of the Eiffel Tower. 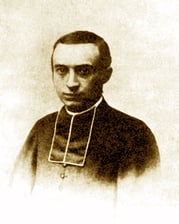 Henri Breuil (Priest: Paleoanthropology, 1877–1961) was for decades one of the leading paleoanthropologists in the world. In particular, he was considered the foremost authority on cave paintings and prehistoric art. In a humorous take on his religion, he is often called “the pope of prehistory.”

Georges Lemaître (Priest: Founder of the Big Bang Theory and of Modern Cosmology, 1894–1966), a Belgian priest was one of the two originators of the Big Bang Theory, now accepted as the authoritative account of the beginnings of the universe. In 1922, a Russian mathematician Alexander Friedmann and, independently a few years later, Fr. Lemaître found solutions of Einstein’s General Theory of Relativity theory that described a universe in which space itself is expanding. Lemaître also served as the Director of the Pontifical Academy of Sciences.

Miriam Michael Stimson (Dominican Sister: Biochemistry, Genetics, 1913–2002) was a chemist who taught at Siena Heights University in Adrian, Michigan, where she also ran a laboratory that she put together in a converted bathroom. She researched cancer there for over thirty years and in the process began to unravel the mystery of DNA. Using the method of ultraviolet analysis of DNA that she pioneered, James Watson and Francis Crick would discover its double helix structure; after they did, she developed another method of analysis using infrared light to prove that Watson and Crick were right.