Faith and Science: The First Creation Narrative in Genesis 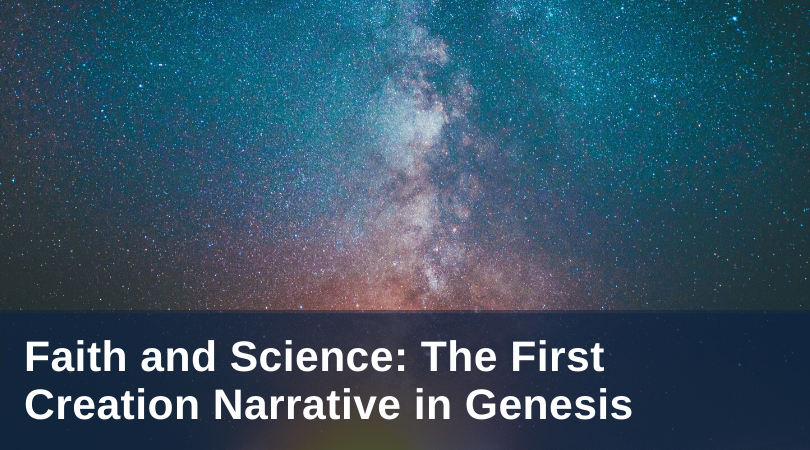 The Catholic Church offers an approach to the authority and truth of the Bible that does not lead to conflict between faith and science but that helps us understand the deepest meaning of the world God created. It is necessarily a “both-and” approach, one that respects the fact that Scripture contains both divine and human aspects. Let's summarize this approach briefly:

If the purpose of the First Creation Account had been to give us scientific knowledge about how the universe began, how stars and planets formed, and how life started on earth, we would have to judge it a miserable failure. But that was obviously not the purpose. The priests of the Jewish people had other things on their minds besides physics, chemistry, astronomy, geology, and biology. Their concerns were primarily religious. If we think of the details of the First Creation Account as scientific details, we will be reading into them a kind of meaning of which the authors never dreamed nor intended.

The details do indeed have meaning. They were painstakingly chosen and arranged so as to teach religious truths, not scientific ones. What mattered to the authors was that it is a part of God’s creation and not itself a god. They were not proposing a theory about how the universe is ordered, but were instead calling attention to the gigantic fact that it is ordered and that its orderliness points to a divine plan. The pattern of the six days is not the kind of pattern that the modern physicist would capture with an equation or a graph, but it is the kind of pattern that reveals a purpose. And the authors had something to tell us about that purpose. The universe does not only exist for its own sake, but it exists so that there could be life. And life does not exist only so that there could be plants and animals, but it exists so that there could be rational beings made in the image of God. And these beings have not been made only for themselves, but they have been made for a relationship with God, a relationship which is expressed in the notion of a Sabbath rest that symbolizes completion and eternal happiness: the eternal rest we shall have with God, the rest of which St. Augustine spoke when he said, “Our heart is restless until it rests in Thee” (Confessions, I.1).