Faith and Science: The Language of God 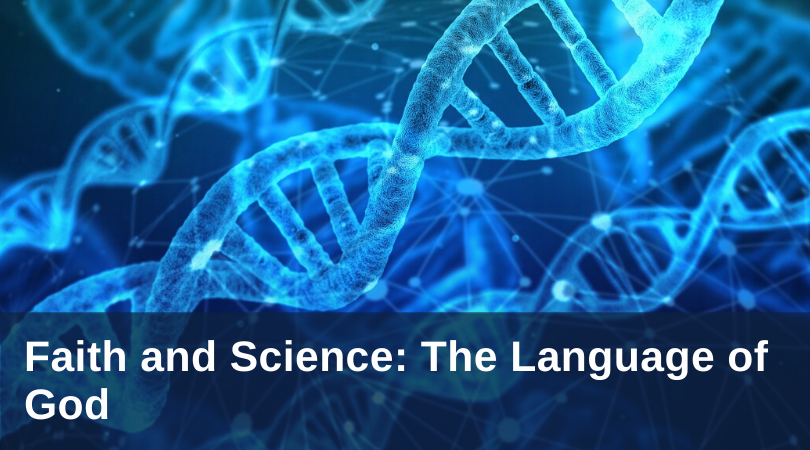 The first verse of Genesis does not only mention the Spirit of God. In a subtle way it indicates another divine Person when it refers to God speaking: “And God said. . .” The Word of God, his Son-Logos, is the Father’s perfect “utterance,” and so can be understood as the divine wisdom involved in creation, the one who gives the process of evolution its fundamental order, its patterns.

Perhaps the best evidence of divine wisdom in biological evolution can be found in the rather recent discovery of RNA, DNA, and the genetic code present in all living things. RNA and DNA offer compelling evidence of divine order. Modern science has revealed that the presence of RNA and/or DNA in living things acts as the blueprint for their biological structures and characteristic activities. In the development of any living being, the formation of each and every cell is subject to the transmission of a code—the genetic code. The genetic code in DNA is duplicated and then copied from DNA to RNA. Then the code is conveyed to the amino acids that are assembled into proteins.

What is often overlooked is the fact that the genetic code is an intelligible code in which information is coordinated in a way much like human writing, substituting the pen, paper, and alphabet with amino acids, proteins, and DNA. According to Antony Flew, a famous twentieth-century atheist who ultimately came to believe in a creator, the origins of the genetic code, which is nothing less than “a system of coded chemistry,” cannot be explained without reference to an intelligent source (see There is a God: How the World’s Most Notorious Atheist Changed His Mind, 127). Meaningful information that emerges from collections of mindless molecules gives us a glimpse into the presence of divine rationality, the Son-Logos, in creation. In the words of Francis Collins, the former director of the Human Genome Project, the genetic code is “the language of God,” a set of intelligent commands from the Creator. Without the genetic code, evolution would be impossible.

The Son-Logos is “the word through whom God made the universe.” Divine Revelation reveals that from all eternity the Son is God’s perfect wisdom, and so we find that life is the result of an intelligible “message,” that it follows a pattern. Genomes are like words uttered by the Word of God, the Son, who became flesh in Jesus Christ and who in his Incarnation shared in the human genome that modern science has discovered. The Word of God, his Son-Logos, is the Father’s perfect “utterance,” and so can be understood as divine wisdom involved in creation. In this way, we can begin to understand that the scientific theory of evolution and the Christian, biblical doctrine of creation are truly compatible.