Faith and Science: What is True? 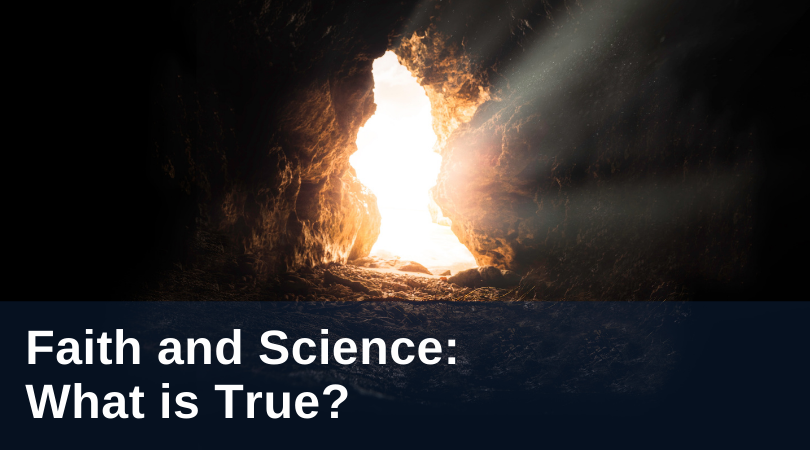 Editorial Note: This post is part of our #FaithAndScience series exploring the relationship between science and religion, and contains excerpts from the textbook Faith, Science, & Reason: Theology on the Cutting Edge, 2nd edition (Midwest Theological Forum, 2019).

How do we know what is true? Is truth discovered from majority opinion or is it grounded in something else?

The answer to this question depends on what kind of truth someone is looking for. For example, someone might ask if it is true that the universe began with a “Big Bang,” or someone might ask if it is true that Mary, the Mother of God, was conceived without sin. In the first example, we are talking about scientific or material truth—the truth about how something works in the material world. In the second instance, we are talking about a spiritual truth—the truth about meaning. What does it mean to say Mary was conceived without sin, and why is this important?

Science is a process of investigating the physical universe in which various proposals (hypotheses) are made and then become subject to rigorous processes of testing. In science, thinking about things with calm objectivity comes first, and only when a discovery is made and solidly confirmed does the scientific community assent to this or that scientific claim as true, and then build upon that truth (theory). (11)

At the end of the 19th century, many scientists had come to believe that the universe had always existed. But after Albert Einstein’s discovery of the General Theory of Relativity and “Einstein’s Equations,” Edwin Powell Hubble’s discovery of the expansion of the universe, the application of Einstein’s equations by Alexander Friedmann and the Catholic priest and astrophysicist Georges Lemaître, the discovery by Arno Penzias and Robert Wilson of radiation throughout the universe, and many other confirming pieces of evidence, very few scientists dispute the Big Bang Theory. The scientific community, by gathering data and observations over time, has assented to the truth of the claim of the Big Bang Theory—that the beginning of the universe occurred approximately 14 billion years ago from a dense point of pure energy. Here we have a great example of discovering truth through science.

Baglow goes on to explain how we understand spiritual truths in the light of faith. The assent to spiritual truth is very different from the assent to scientific truth—which rests on data, observation, and consensus. The text is worth quoting at length.

Faith is about a response to God, the source of all reality who is Truth. This means that faith involves assenting to what God has revealed even prior to our understanding of it. Faith follows its own “method” that is different than science because it is not about answering science’s “how” questions. God's self-Revelation in the history of salvation as contained in Sacred Scripture and in Sacred Tradition requires the obedience of faith, which is a “personal adherence of the whole man to God...an assent of intellect and will to the self-revelation God has made through his deeds and words” (CCC, §476). God approaches us not as a problem to be solved, but personally, as a loving Father, and we respond with personal Trust.

Of course, we do not do so without thinking at all. Faith is not on the side of the irrational. We are obligated as Christians to question and engage faith critically and rationally, but always with the humility to recognize that many truths of faith, though not contrary to reason, are super-rational, beyond the mind's capacity to comprehend.

Faith, like science, must embrace reason in order to gain insight into the mysteries of faith. According to the great bishop and theologian Saint Anselm of Canterbury (ca. 1033–1109), theology is “faith seeking understanding,” the study of God and his Revelation using human reason in order to understand it more deeply and live in accord with it more fully. Theology is what faith looks like when it turns to thinking about what is believed. This use of reason never rejects God or his truth, but takes God and his revealed truth as its basis, its first principles, the fundamental “data” and “theories” that make all theological thinking possible. Much as a chemist relies upon the periodic table of elements without going back to reinvestigate it, theology relies on what God has revealed in the quest for theological understanding. (11–12)

To answer the question “was Mary conceived without sin” one must ask what God has revealed to us about Jesus and consequently about Mary. Scripture and Tradition teach us that Mary is the mother of Jesus who is at once true God and true man. Consequently, Mary is the mother of God. It is within this faith and with reason that we believe the truth of Mary’s Immaculate Conception.

The most Blessed Virgin Mary was, from the first moment of her conception, by a singular grace and privilege of almighty God and by virtue of the merits of Jesus Christ, Savior of the human race, preserved immune from all stain of original sin. (CCC, §135)

Mary's Immaculate Conception is not a topic for scientific experimentation and majority consensus; rather, it is an article of faith to be believed. Nevertheless, like all doctrines, it can still be understood more fully by theological investigation and the fruitful cooperation of faith and reason.