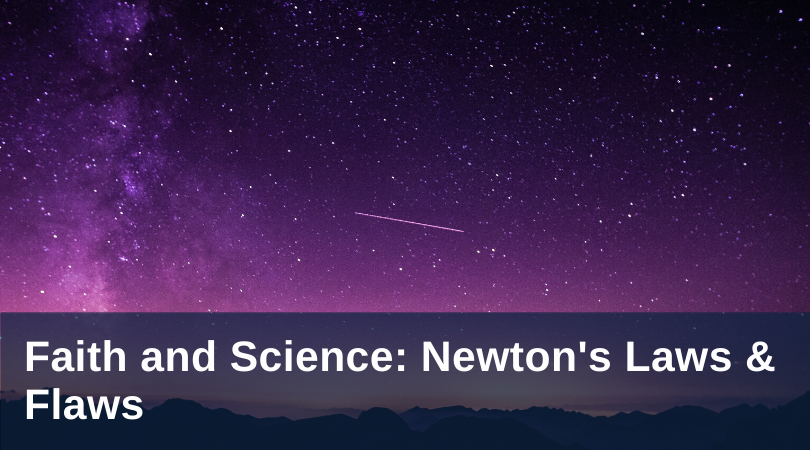 “Nature and nature’s laws lay hid in night: God said, ‘Let Newton be!’ and all was light.” The great English poet Alexander Pope (1688–1744) wrote this epitaph to be inscribed on the tomb of Sir Isaac Newton (1643–1727), and captured in two lines the immense importance of Newton to the history of modern science.

No student today makes it through high school without encountering Newton’s universal laws of motion and his universal law of gravity. For the first time in history a human being had discovered laws that describe all earthly and celestial motion and that allow all physical cause and effect relationships to be understood with mathematical formulas. With Newton, science broke through descriptions of individual phenomena in the material universe to a deep understanding that unified the way we think about the earth, the solar system, and beyond.

Scientific pioneers whom Newton greatly admired, such as Galileo Galilei (1564–1642), Johannes Kepler (1571–1630), and Rene Descartes (1596–1650), had already found it very effective to think of the universe in mechanical and mathematical terms in order to better understand it. Newton recognized that their successes came not only from their genius but also because they worked from this kind of approach, and so he set out to describe all natural phenomena the way one might describe a clock or an engine. His enormous success set science firmly upon this path of mechanical thinking, a path it was to follow exclusively for more than one and one-half centuries.

Thinking of the universe as a machine is a great example of scientific modeling, a process by which scientific thinkers use something they understand to model things they do not understand. In this case Newton and his predecessors chose for their model one of the greatest technological innovations of medieval European culture: the mechanical clock, a device that could tick away accurately for years thanks to its hidden gears, cogs, and wheels. It was a stroke of genius, and the mechanistic “clock” conception of the universe greatly benefited every area of the natural sciences. In the words of Lawrence Principe, “In living organisms, the levers and pulleys were to be revealed by anatomy and the new microscope. Individual organs became mechanical devices; the heart, a pump, the kidneys, filters, and indeed the whole body, a mass of plumbing and rigging.”

But while extremely helpful, a scientific model is, still, only a model. The universe is not a machine, nor is it a living organism, even though they both have qualities that can be effectively modeled as such. No one model can capture everything about the universe, nor should a scientific model of the universe be simply turned into a theological model. But this is something that is easy to overlook, as even the great Isaac Newton unfortunately did.

What happened can be summarized in the following way: Newton and his followers turned his model of the universe into a mentality, reducing all of reality, including God, to fit into the mold of his mechanical model. Newton’s ‘clockmaker God’ filled a role within the universe, which is ultimately a misconception of who God is. This model fits the goals of science very well, and even today remains essential to science, but it was too small for theology and too narrow for the attainment of true wisdom. Despite his unlimited power, Newton’s God is a tiny god, acting the way material beings and forces act. A God who intervenes to rewind the clock of the universe, and makes things attract each other through direct divine power, is a God that is doing things that natural forces can do all on their own, not the God who is the Source of nature and its laws.