Faith & Science: The Miracle of the Resurrection and Science 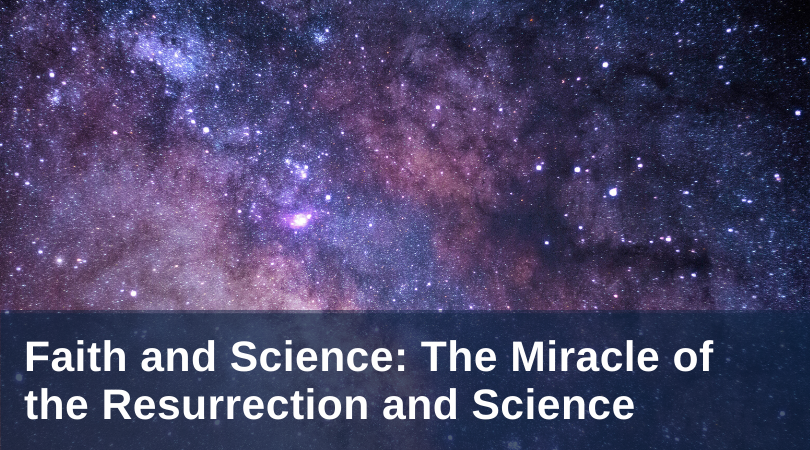 Editorial Note: This post is part of our #FaithAndScience series exploring the relationship between science and religion.

This also means that our universe is subject to renewal and redemption. As we have learned from modern science, the cosmos and its evolution form the prehistory of the human spirit, of the human mind. The animals all participate, insofar as their natures allow them, in the building blocks that would become intelligence, self-reflection, reason, and free will in humans. In the first human, mind and personhood appeared at a particular point in hominin evolution thanks to the special dependence of man upon God for his being and spiritual faculties. In the Resurrection, the last Adam, Jesus Christ the true man “doubles back” and draws up into himself what came before him.

Pope Benedict XVI asked the question: “Does the Resurrection contradict science?” He combines a thorough respect for faith and reason together with the integrity of nature, while also bidding us to posit the possibility of something beyond our experience:

Naturally, there can be no contradiction of clear scientific data. The Resurrection accounts certainly speak of something outside the world of our experience. They speak of something new, something unprecedented—a new dimension of reality that is revealed. What already exists is not called into question. Rather we are told that there is a further dimension, beyond what was previously known. Does that contradict science? Can there really only ever be what there has always been? Can there not be something unexpected, something unimaginable, something new? If there really is a God, is he not able to create a new dimension of human existence, a new dimension of reality altogether? Is not creation actually waiting for this last and highest evolutionary leap, for the union of the finite with the infinite, for the union of man and God, for the conquest of death? (Jesus of Nazareth: Holy Week, 246–247)

The Resurrection does not require that we deny what we see in history and the universe, but that we see them against the backdrop of God’s love. All things have existence from the love of God; he is to all things the Source of being. And so, the Source of the universe and all its creatures has the power to beckon us beyond the limits of biological life.