Stories of Grace: Humility After Pride 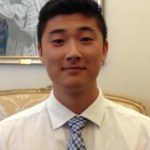 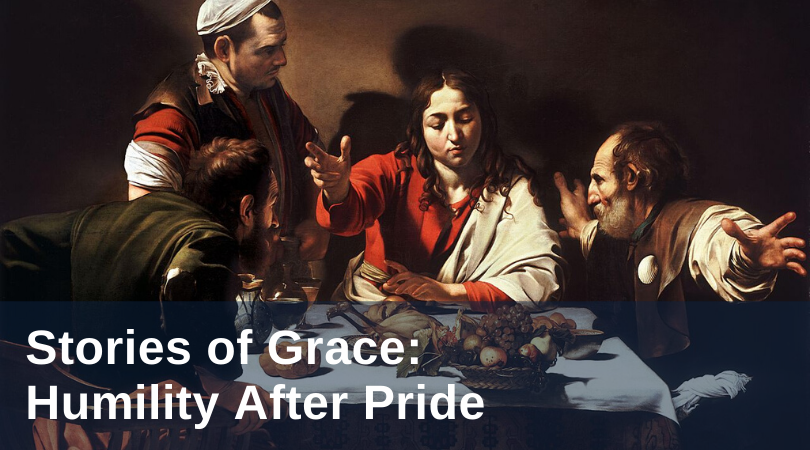 On the 29th morning of October in the year 1994, my mother lost her favorite rosary when she flung it across the hospital room and broke my father’s hand as she gave birth to a beautiful baby boy. They named him John after John the Baptist because, like Elizabeth, my mother had given birth to her first child later in life. They brought him back home to love and cherish forever.

Growing up as a cradle-Catholic, I thrived within my Catholic bubble. I absorbed everything in my religion classes, and I loved the stories in the Bible. However, my family and I lived in Los Angeles, and trying to keep a child sheltered from, quite frankly, anything in that city is near close to impossible.

My first encounter with questions against my faith was at an In-n-Out with a few of my friends celebrating our Little League Baseball victory. I made the Sign of the Cross before grace, and my friends stared at me in horror. “Wait, you’re… Catholic?”

My friends hit me with a barrage of questions: “Why do you confess your sins to a priest?” “Why do you have a Pope?” “Why do you worship Mary?” “Why do you pray with beads like Buddhists?” Piercing questions from 3rd graders. Unable to defend my faith, I made a “Psh, of course Catholics read the Bible” face and changed the topic to the double play that won us the game.

Though I played that one off, I could not get these questions out of my head. Nodding towards the statue of Mary in our living room, I asked, “Mom, why do we worship Mary?” I could not have been more delighted by her answer. We didn’t! It would have killed my friends to know that, in a bout of dramatic irony, their questioning of my faith had led me closer to God through the Church.

Throughout high school, I peppered the Jesuits with all sorts of questions. But it seemed like the more questions I asked, the more I began to see a trend: not only had others before me already asked the same questions about the Church that I was asking, but they had also asked them more intelligently than I had, and they had found their questions answered satisfyingly enough to remain in the Church. However, instead of helping me grow closer in my relationship with God, my zeal for knowledge soon sent me down a path of very poor life decisions: the path of militant apologetics. Though I may have known a few more facts about the faith than my peers, I was missing the crucial foundation, the “cornerstone” of my faith, if you will, that led me to widely miss the mark: Love.

My faith life at the time was a “theology at the desk,” and not a “theology on my knees.” I had been searching, but never seeking; questioning, but never reflecting; and preaching, but never praying. I could explain transubstantiation and tell you why Catholics prayed the rosary and confessed our sins to a priest, but I would never attend Adoration, or pray the rosary, or actively confess. Catholicism had become merely an academic endeavor for me instead of a love affair.

At Notre Dame, one of the friends that I would discuss religious matters with was a Theology student two years ahead of me. Her theology was too warm and cuddly, which I equated with a lack of rational prowess, and she complained my theology was too harsh and cold, which I took as a compliment to my impermeable logic. We would debate fiercely during our dinners. We were friendly with each other, of course, but all you had to do was leave us in the same room for about 30 seconds, and our pleasant conversation would devolve into a cat and dog fight on salvation or human perfection. So I was shocked when she asked me to be her Confirmation sponsor. I didn’t know what to say, or even what to think. So after I grumbled to her that a Theology major should not have to take the entire year-long RCIA course, I said yes, and we were on our way.

I am not ashamed to admit that the role I should have played as the guiding and supporting figure during her Confirmation process was reversed before I could even attempt to guide or support. I guess you could say that my experience during that catechismal year was cataclysmic. A great thawing was about to take place, and I had no idea it was coming.

During the year-long RCIA program, my faith was presented to me by the leaders in a completely different light, and I thrived. More facts for me to absorb and regurgitate to the ignorant! But as I consumed what they taught me, the truth of the matter began to slowly change me without my knowing and, until my candidate’s day of Confirmation, I learned the basic creed of my faith all over again.

It was a few weeks before Easter of my sophomore year when it happened. At your typical Basilica Mass, the presider lifted the host, the Living Bread from Heaven, when all of a sudden, it seemed that every living creature in heaven and on earth gave a shattering shout of praise, and the walls of my theological pretentiousness came crashing down. For it was in that very moment that I looked upon the Body of my Savior, broken and poured out for a sinner like me, and I realized just what the sacrifice that had been made on Calvary entailed. It was inconceivable to me that my God and my King should have died for someone like me. I was completely overwhelmed by God’s love and grace, and of course, I began to sob uncontrollably, right in the middle of Mass. As you can imagine, it was slightly inconvenient and very embarrassing.

It’s a messy business, drowning in God’s love and grace, and you can bet I was a hot mess when I received communion that Sunday. There are two things I will never forget from that day: the moment when I received the Body and Blood of Christ, and the priest’s face as I received it. It was a powerful, and a powerfully life-changing, experience.

After that day, I began praying the Rosary whenever I had time, I went to Adoration whenever it was made available, I began going to Confession often, and I devoted myself to going to Mass every day. After nearly 20 long years of being Catholic, I finally began to pray, because that’s when I realized that Christianity is not first and foremost a formidably-defensible philosophical ideology, but is rather about a relationship with a real person who loved me so much that He allowed Himself to be crucified so that I wouldn’t have to be. Never has such a humbling moment lifted me so high. I threw off my academic armor and put on Christ Jesus.

I have to admit, our relationship hasn’t been completely smooth sailing since then. The honeymoon effect will always wear off, as it should in any healthy relationship. But whenever I begin to stray from my path to God, I always look back to that defining moment of my life, and it always pulls me right back on track. Because in that moment, God had opened the eyes of my heart, and He had made Himself known to me in the breaking of the Bread.