The Church, Her Culture, and the Saints 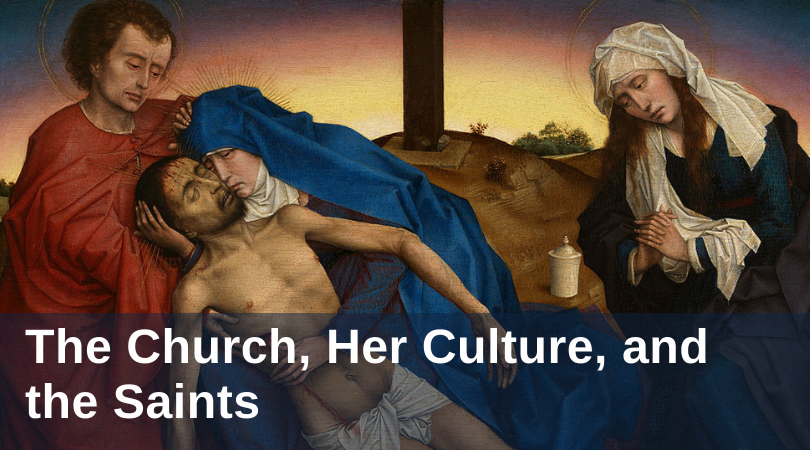 Joseph Cardinal Ratzinger once reported that “the only really effective apologia for Christianity comes down to two arguments, namely the saints the Church has produced and the art which has grown in her womb.” In this month marked by the feast of All Saints, I wish to take up examples of the truth of Ratzinger’s statement, one from the literary arts and one from the visual arts, both related to the saints.

Sigrid Undset (1882–1949) was herself an artist and a convert. Undset won the Nobel Prize in 1928 for her trilogy, Kristin Lavransdatter. Undset had converted to Catholicism (from Atheism) in 1924, and when asked about her conversion, she replied, “I had ventured too near the abode of truth in my research about ‘God’s friends,’ as the saints are called in Old Norse texts. . . . So I had to submit.” In this experience of God’s friends, Undset considered herself just one of the many who were so affected by the saints. Indeed, she understood her own Norse culture to have been transformed—converted—by the saints. For Sigrid, the saints were loci of Revelation and living Beatitudes, capable of communicating the love of God with great persuasion, and so making a culture more and more Christian. Writing about St. Catherine of Siena, Undset says, “If a man loves God, he will be able to love his neighbor, attain wisdom, and to be just and truthful. Because God is our eternal blessedness, a child of God becomes a blessing for his fellows.”

The saints, like St. Catherine, were such children of God, converting culture one by one, and allowing the Church to “realize” herself. Thus Undset becomes a larger example. Her art is a part of Norwegian culture, the work of a woman converted by the saints, aimed at the possibility of making more saints. Undset would urge us to consider a third “argument,” a sort of combination of Ratzinger’s two: art about the saints. Surely this would be a most effective Christian apologetic.

Having seen the impact of the saints on Undset’s literary art, let us see how they impacted the visual arts, taking up the example of Rogier van der Weyden’s painting of the Pietà (above, and viewable in high-resolution here). Van der Weyden (1400–1464) was a Dutch Renaissance painter, active in a time period and ecclesial culture flush with mystical theologies rooted in the Song of Songs, many of which are reflected in his treatment of the Pietà subject—Mary receiving the dead Christ in her arms after his Crucifixion. These theologies understood the Song of Songs to sing about the love between the Church and Christ as Bride and Bridegroom, and so also between the soul and God as Bride and Bridegroom. It sang of holiness; of saints. Particular strains within this mode of biblical interpretation also fittingly read Mary as the Bride of the canticle. This Marian move within Song of Songs exegesis emphasized the personal element of the soul seeking its Beloved. Indeed, the Song was Mary’s history . . . and it can be yours, too, so the exegetes say!

Notice, then, the various embraces within van der Weyden’s Pietà: Mary is almost kissing her Son. Her arms embrace Jesus while John the Evangelist embraces them both. The embraces of Mary and John meet at Christ’s wound, from which the sacramental life of the Church—Baptism and Eucharist symbolized in blood and water—pours forth. We have here, then, the beautiful presentation of the love of the saints for Christ, embracing him through the Church, and inviting the painting’s viewers into this same communion of Love. Isn’t its beauty persuasive? Don’t you hope that the Bridegroom will one day “kiss you with the kiss of his mouth” (cf. Song of Songs 1:1)?

As November unfolds, let us pray that God’s authorship might “write” or “paint” an image of holiness in our very selves. Let us bear witness to the reality of holiness that is the Church, that has been realized in the saints, and that is portrayed in the Church’s art, composed in words, colors, sounds, and especially in holy lives.