The Price of Our Humanity: Cost Effectiveness, Abortion, and Disability 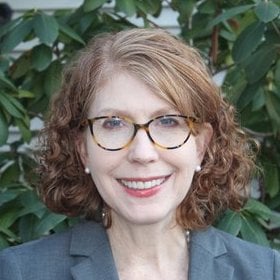 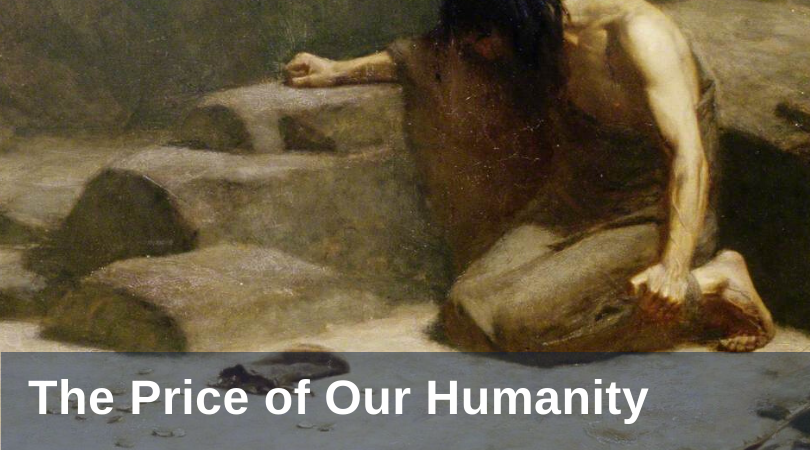 “‘What are you willing to give me if I hand him over to you?’” They paid him thirty pieces of silver…” —Matthew 26:15

It is particularly haunting to see an exact price exchanged for a human life; the juxtaposition of a finite monetary amount and the life of an infinite being is incomprehensible. In Mathew’s Gospel above, the thirty-pieces figure has been traced back to earlier scriptural references, and is thought to signify the compensation due a master when a slave is killed.

No matter how the amount is derived, calculating the worth of a human life is at once both so absurd and crass that it renders the act of killing for a specific financial gain singularly troubling.

Consider the chilling effect of this piece of Nazi propaganda. It appeared in the periodical Neues Volk and portrays a man with an intellectual disability captioned by the warning that “This person suffering from hereditary defects costs the community 60,000 Reichsmark during his lifetime. Fellow German, this is your money, too.” It was aimed at garnering support for the Nazi T4 program, which by 1945 had succeeded in euthanizing more than 300,000 persons with physical and cognitive disabilities.

A savings of 60,000 Reichsmark for each German citizen with a disability killed translates to about 446,000 U.S. dollars per such an individual today. This is eerily close to the $451,000 figure calculated in 1992 by the Center for Disease Control in California to estimate the lifetime societal costs of a person with Down syndrome. There is nothing intrinsically sinister in calculating the costs associated with a disability. However, this 1992 figure, with various adjustments for inflation, has been used for nearly 30 years to promote the cost-effectiveness of prenatal screening of infants with Down syndrome.

The cost-effectiveness paradigm, widespread in the prenatal screening research literature, is devastatingly simple. The basic premise is that children with a disability represent a certain lifetime cost to society—such as the $451,000 mentioned above. A prenatal screening test (which identifies infants at-risk for a congenital anomaly) is cost-effective if the overall cost of its administration is offset, and preferably exceeded by, the money saved by detecting and aborting infants with the disability.

For example, in 2005 the average societal cost associated with Down syndrome was estimated at $612,150 per child. The average amount spent to detect one such individual for termination, based on widely used screening techniques, was $42,000. Thus, the average estimated savings per infant with Down syndrome aborted amounted to $570,150. Assuming that the number of children with Down syndrome aborted annually has held constant at about 3,000, prenatal screening saved our country a projected 1.7 billion dollars in 2005. Adjusting for inflation, this figure would be over 2 billion dollars today. Fellow citizens, this is your money, too.

How should we respond to this, apart from sheer horror that mainstream medical research is calculating the financial benefit of destroying children? The best response comes from Jerome Lejeune, the French scientist who discovered the genetic basis of Down syndrome. When asked about this issue, he replied with brutal honesty and the most defiant courage:

“People say, ‘The price of genetic diseases is high. If these individuals could be eliminated early on, the savings would be enormous!’ It cannot be denied that the price of these diseases is high—in suffering for the individual and in burdens for society. Not to mention what parents suffer! But we can assign a value to that price: It is precisely what a society must pay to remain fully human.”

Lejeune does not shrink from the high cost of those with disabilities; he simply turns the formula on its head. The price is no longer a cost to be avoided, but one we must pay out of absolute necessity; our collective humanity depends upon it. Conversely, it follows from this upended worldview that any monetary gain from the death of these children becomes the real burden, one which will weigh down our souls beyond measure, as Judas realized too late:

Then Judas, his betrayer, seeing that Jesus had been condemned, deeply regretted what he had done. He returned the thirty pieces of silver to the chief priests and elders, saying “I have sinned in betraying innocent blood.” —Matthew 27:3-4