The Lived Faith of Mister Rogers 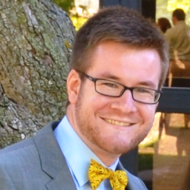 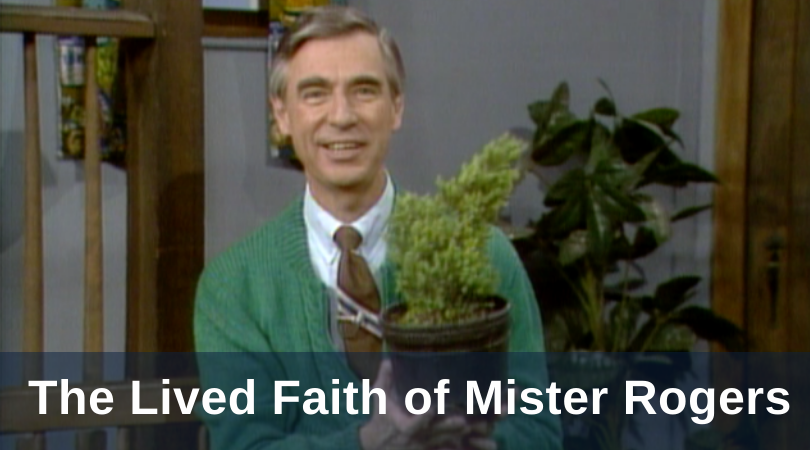 As a kid, I would wake up early before school. Because my Mom and Dad were getting ready, they were always looking for ways to occupy me so I didn’t get in their way. Many days, my Mom would lead me downstairs, my eyes and brain somewhere between being asleep and being awake. I would lie on the scratchy green couch in our living room as I watched Mister Rogers’ Neighborhood on the local PBS station.

For a long time, my memories of this oft-repeated ritual—spending my mornings with Mister Rogers—remained somewhat innocuous. To be honest, I can’t remember thinking anything particularly special about the man in the cozy sweaters, other than that he seemed especially kind and liked to go to a place called “The Neighborhood of Make-Believe.” But that has all changed for me in the past few years, mostly because of how strongly Mister Rogers has re-emerged in the public consciousness.

Many people have published articles and books that recount the influence Rogers had on them and others. Chief among these is the documentary Won’t You Be My Neighbor? that appeared on the scene in 2018. Now, a biopic starring Tom Hanks as America’s Favorite Neighbor is being released in just a few days.

You can count me among the number of people who have become fascinated by Fred Rogers. He was an adult who showed what he loved every day and inspired others to do the same. He was deeply committed to reminding others of what it means to be human: that really, we all need one another. That we’re not perfect and we don’t journey alone. That our uniqueness lies in the ways in which we choose to share our gifts with the world and let others share theirs in return.

An ordained Presbyterian minister, Rogers’ biggest pulpit was the television screen. His witness of gentleness and kindness emerged as he engaged with his guests with care and generosity. But what has especially captured my imagination and moved my heart is how his lived kindness extended far beyond the television screen. What you saw onscreen was what you got offscreen. Mister Rogers tried to live these truths every day and at every moment.

That authenticity and integration of his character attracted others to him. People would stop him in the streets and share their stories with him. They wrote letters to him. If he received a letter, he made sure to respond. If someone (especially a child) wanted to talk to him, he would nearly always pause what he was doing to give them his time and ear.

Although he almost never spoke about it directly, Mister Rogers’ faith was a lived one. He was relentless in trying to give others that “experience of love received.” And in this way he gave others hope—hope that they could, no matter the obstacle, become the people that they were created to be.

He lived the words from Antoine de Saint-Exupéry’s classic The Little Prince that he had framed in his office: “That which is most essential is invisible to the eye.” Truly, our inherent worth and dignity, that which is given to us by God, goes much deeper than any external appearance. In this truth lies our hope, that with God all things are possible. The world needs more reminders like this, and some time with Mister Rogers in his “neighborhood” might be a good place to start.