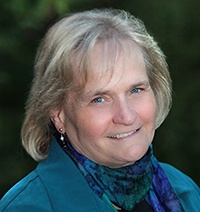 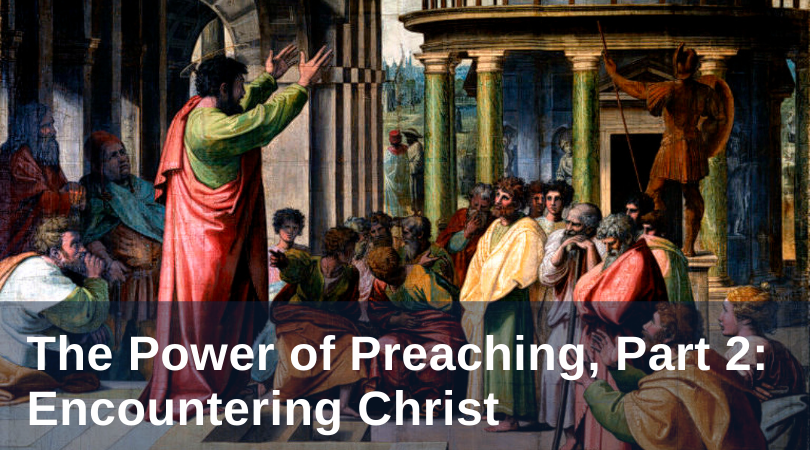 In our coaching session, the young priest smiled, “I like to make people happy. They like my jokes.” I suggested that he focus his homily to make one point. He said that he would make that as his goal. Then he admitted, “But I spend more time searching the Internet for a good joke than I do creating my homily.”

A priest preached about visiting a family with six children; they freely let him hold their baby. Another family had an only child for whom they had longed: they did not let him hold the baby. He talked of our receptivity to holding Jesus. My heart was opened. I was readily disposed to receive more of God. But then he abruptly ended with three “take-aways”: do this, this, and this.

What is the goal of Sunday preaching? To make people happy? To give people three points to take home? To teach? To offer moral exhortation? To give spiritual direction?  Why do we preach? That is not clear. If our overarching goal is not clear, then we don’t know what “effectiveness” is either. If we have no clear idea of what effectiveness is, then we don’t know what “better” preaching looks like, and we won’t know how to get there.

Why do we lack clarity about the purpose of preaching? Our meandering is historical. Over the past hundred years, the stream of Catholic preaching has altered. If you were a Catholic parishioner in 1920, sometimes the presider preached at Sunday Mass. Sometimes he didn’t. Preaching was optional. Preaching was teaching. Content was doctrinal. The Council of Trent taught that the sermon should teach the laity “the things which it is necessary for all to know unto salvation…, that they may escape everlasting punishment, and obtain the glory of heaven” (Fifth Session, Chapter II, “On Preachers of the Word of God, and on Questors of Alms”). Preaching was separated from the liturgy by the Sign of the Cross—a teaching interlude, not a liturgical moment.

In 1963, as the liturgy shifted, so did the homily. The Second Vatican Council did not eliminate catechetical instruction, but it encouraged a focus on the scriptural readings at the Mass. The homily was not to be separate. It was integral to the liturgy itself (see Sacrosanctum Concilium, §52).

In the post-Vatican II era, homiletics joined the experimentations of liturgy and catechesis. The central thrust came from the challenge of Pope John XXIII: not to depart from our sacred truths, but “to look to the present, to the new conditions and new forms of life introduced into the modern world” (“Address on the Occasion of the Solemn Opening of the Most Holy Council”)—to put the message of the Gospel into the words of the people of the twentieth century. Catholic preaching was to be revived. But where were Catholics to learn how to preach? Homilists turned to the fields of communication and rhetoric to learn how to tell stories, to deliver words amicably, to turn toward the listener, and to craft a homily. In the 1970s and 1980s, they turned to Protestant scholars for their “new homiletic” and how to unpack Scripture.

Then, in 1982, the U.S Bishops published Fulfilled in Your Hearing, which taught that the purpose of preaching was broader than teaching doctrine and moral exhortation. Those two elements were “situated in the broader context, namely, in recognition of God’s active presence in the lives of the people and the praise and thanksgiving that this response elicits” (FYIH, 26). The homily’s purpose was to interpret everyday life through a scriptural lens.

The field of catechesis also began to shift. St. John Paul II started to use the words relationship, communion, and encounter with Jesus Christ as the clear purpose of catechesis. Twenty years later, homiletics began to adopt his words as the purpose of Catholic preaching. In 2013, Preaching the Mystery of Faith identified an encounter with Jesus Christ as the goal of the Sunday homily (PMF, 17). The purpose of the homily was integral to the purpose of liturgy: to encounter the living presence of Risen Christ in the word of the Scriptures and in the Sacrament of his Body and Blood.

Pope Francis also asks for the homily to be a moment of encounter with Jesus Christ: “The preacher has the wonderful but difficult task of joining loving hearts, the hearts of the Lord and his people” (Evangelii Gaudium, §143). In 2013, he preached, “The most important thing that can happen to a person is to encounter Jesus, who loves us, who has saved us, and who gave his life for us” (“Homily for the First Sunday of Advent”).

The homily, then, is to be a river, leading people to God. Its tributaries—the ethos and friendliness of the preacher, clarity of teaching, accessible delivery, faithfulness of the message to Scripture and doctrine, creativity and story-telling, spiritual and moral direction—these all matter. But their purpose is to help the homily flow toward that clear goal of an encounter with God.

How do we preachers help people to meet God? In January, at a week-long Marten Program preaching retreat, we introduced concrete pieces and parts that lead toward homiletic encounter. One priest was amazed. He said, “I never knew that this body of knowledge existed, that there was a ‘science of homiletics!’ I’ve spent 35 years trying to get ‘better’ without really knowing how.” The next two parts of this series will offer a brief overview of that “how.”