The Triduum in Art: Good Friday 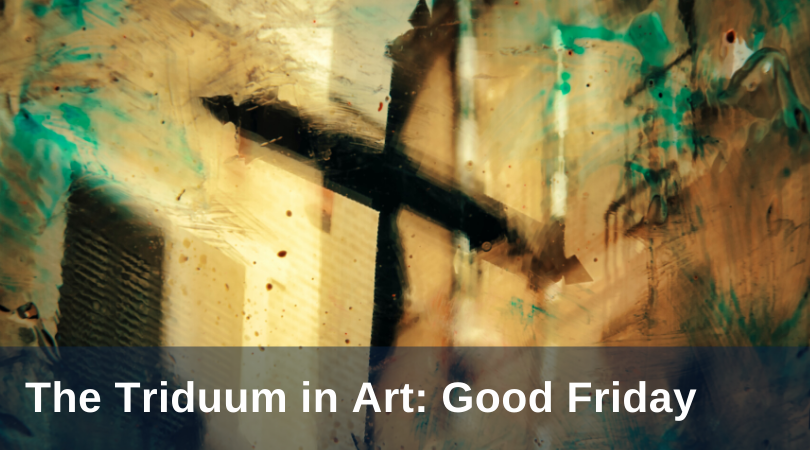 In this extraordinary work, Pacino di Bonaguida (1280–1340) depicts the Cross of Jesus as the Tree of Life (ca. 1305–1310). In a cave at the root of the tree lies the devil (his image was scratched out sometime in the 15th century), and at ground level, the Genesis narrative of the creation and fall unfolds, indicating that Christ’s Death upon this Cross, this tree, sprouted from the seed of Adam and Eve’s sin. Twelve branches sprout from the trunk, symbolizing the twelve tribes of Israel and the twelve Apostles of Jesus. Hanging from these branches are the fruits of the Crucifixion, and each fruit depicts a scene from the life of Christ.

Read left to right, beginning with the bottom branch, these images take the viewer from the Incarnation to the eschaton. By depicting the Crucifixion as the central image among many images, the artist establishes Jesus’ complete gift of self on the Cross as the crowning event in salvation history, yet he also declares that the Cross contains within it the entire breadth of the divine plan for redemption. The Annunciation, the Nativity, the Presentation, the Baptism, the Transfiguration, the proclamation of the Kingdom, the institution of the Eucharist, the Passion, the Resurrection, the Ascension, the sending of the Spirit, the return of Christ in glory—all are rooted in the Cross. As the Catechism declares, “The desire to embrace his Father’s plan of redeeming love inspired Jesus’ whole life, for his redemptive passion was the very reason for his incarnation” (CCC, §607).

To further unpack the visual elements of this rich painting would, in a sense, diminish its power to help us pray through Good Friday. Instead, simply pondering the image alongside the words of the liturgy celebrated throughout the world this day can provide both a theological commentary on the image and a means of entering more deeply into the mystery it depicts, the mystery we celebrate—the mystery of life out of death. 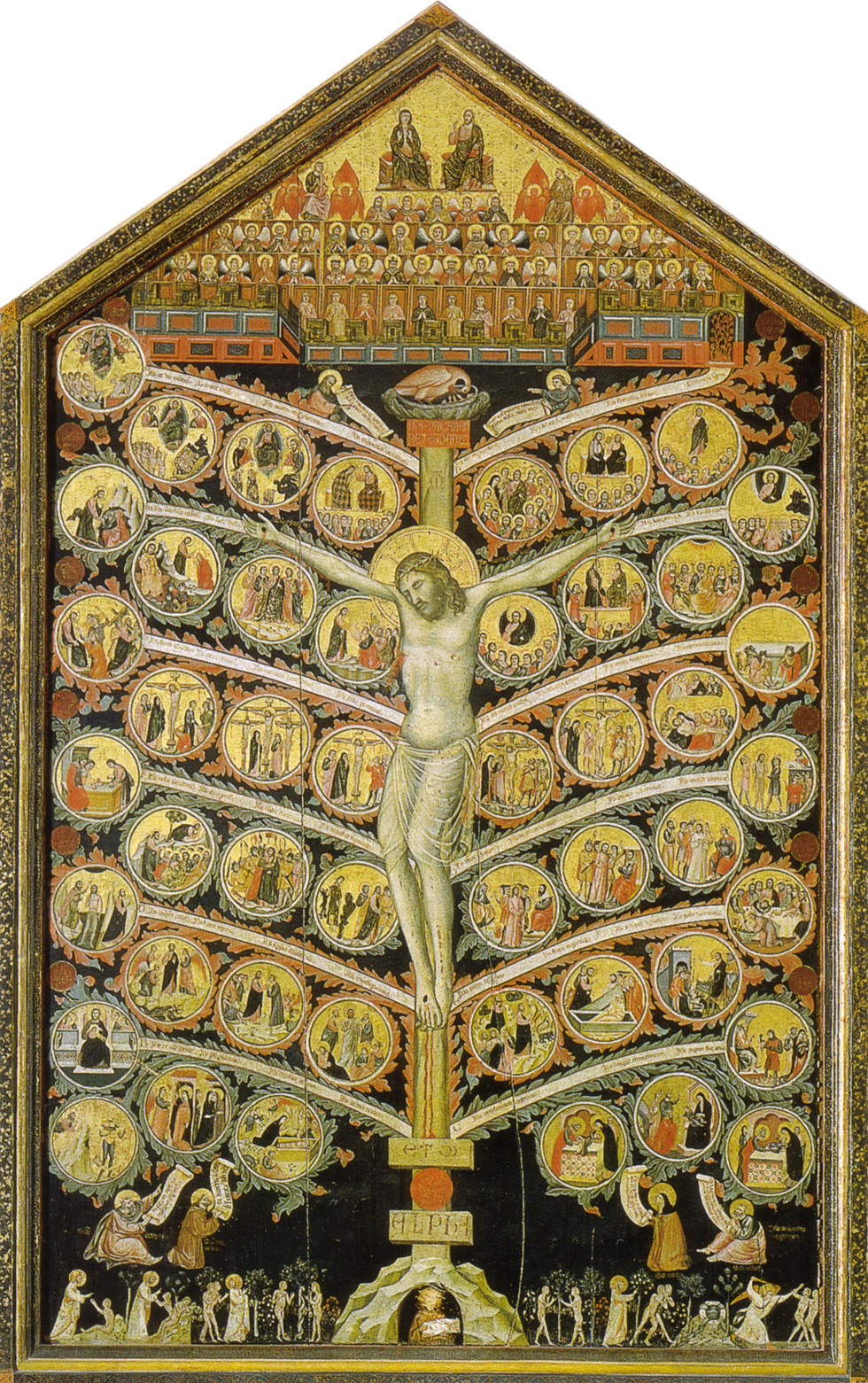 He grew up like a sapling before him, like a shoot from the parched earth;
there was in him no stately bearing to make us look at him,
nor appearance that would attract us to him.
He was spurned and avoided by people, a man of suffering, accustomed to infirmity,
one of those from whom people hide their faces, spurned, and we held him in no esteem.
Yet it was our infirmities that he bore, our sufferings that he endured,
while we thought of him as stricken, as one punished by God and afflicted.
But he was pierced for our offenses, crushed for our sins;
upon him was the chastisement that makes us whole,
by his stripes we were healed. (Isaiah 53:2–5, First Reading for Good Friday)

We adore your Cross, O Lord,
we praise and glorify your holy Resurrection,
for behold, because of the wood of a tree,
joy has come to the whole world. (Antiphon for the Adoration of the Holy Cross)

For, when Adam first offended, eating that forbidden fruit,
not all hopes of glory ended, with the serpent at its root:
broken nature would be mended by a second tree and shoot. . . .

So the Father, out of pity for our self-inflicted doom,
sent him from the heavenly city when the holy time had come:
He, the Son and the Almighty, took our flesh in Mary’s womb. . . .

Hear a tiny baby crying, founder of the seas and strands;
See his virgin Mother tying cloth around his feet and hands;
Find him in a manger lying tightly wrapped in swaddling bands! . . .

So he came, the long-expected, not in glory, not to reign;
Only born to be rejected, choosing hunger, toil, and pain,
Till the scaffold was erected and the Paschal Lamb was slain. . . .

No disgrace was too abhorrent: nailed and mocked and parched he died;
Blood and water, double warrant, issue from his wounded side,
Washing in a mighty torrent earth and stars and oceantide. . . .

Noblest tree of all created, richly jeweled and embossed:
Post by Lamb’s blood consecrated; spar that saves the tempest-tossed;
Scaffold-beam which, elevated, carries what the world has cost!

Faithful Cross the saints rely on, noble tree beyond compare!
Never was there such a scion, never leaf or flower so rare. . . .

Sweet the timber, sweet the iron.
Sweet the burden that they bear.

(Hymn for Good Friday Adoration of the Holy Cross)

We adore you O Christ, and we praise you,
because by your Holy Cross you have redeemed the world.