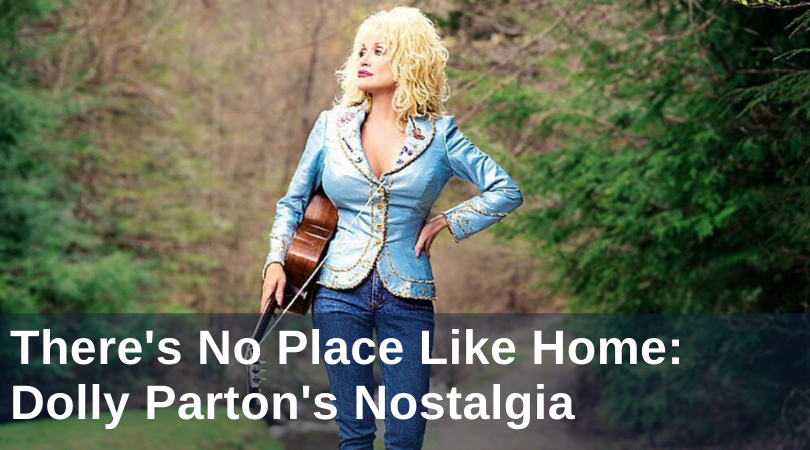 Summers meant catching fireflies against the background of the Great Smoky Mountains. The mountains were as green as could be, producing the sweetest of smells that permeated our little town of Maryville. We’d play Hide and Go Seek until the last light fell across the foothills of the Smokies.

This desire for home, I suspect, is at the root of the popularity of the podcast Dolly Parton’s America. Yes, Dolly Parton is a national treasure, who ships my kids a book once a month so that they’ll have a robust library when they’re older. Yes, she is a songwriter as talented as Johnny Cash or Mozart. Yes, she’s funny and self-aware, and full of the kind of wisdom that I often heard spouted at Foothills Elementary School.

But most of all, Dolly Parton sings about being situated in a place, in a home, in a somewhere. And many of us miss that.

For many in the current economy, life rewards rootlessness. Those who leave everything behind, who move away from their small town, are the ones who succeed. But they move to places that never quite feel like home, places where the air isn’t as sweet, where the fireflies aren’t as plenteous, where neighbors are unknown, where we have no family.

The national reaction to Dolly Parton’s America is a potentially fruitful nostalgia. Like all nostalgia, it risks becoming an idol. Maryville is a great place, but it also is the kind of place that doesn’t have a lot of job opportunities, where your neighbors know and remember everything about you (better or worse), where weird Catholics who read theological tomes on school buses are not rewarded by universal acclaim from their peers (this may be particular to my case).

But Maryville is a place. And there’s something within each of us that longs to live somewhere that is a real “there.” We long to abide in places where there’s a history, where we know our neighbors, where the land becomes part of our very identity, where we come to know the changing of the seasons because of the smells and sights and tastes that the land produces.

This kind of nostalgia can be fruitful. It reminds us that we are pilgrims on this earth but pilgrims in the end who need homes. We can’t continue to live as men and women who are without roots, willing to move to new town after new town for the latest job opportunity.

Pope Francis has spoken often of an integral ecology. This means that where we live isn’t just an accident. It shapes the way that we view the world, the way that we abide in the created order. We’re part of the created order, and when we destroy it, we destroy a bit of ourselves. Dolly Parton, to no surprise to us East Tennesseans, has reminded us that having a home matters. And that this home is always rooted in a place.

East Tennessee will always be my home. As the dogwood trees blossom in March, some part of me will experience a longing that at times I can’t even name. Rather than see this as a tragic part of being human, it’s one of the greatest gifts that God has bestowed. We belong somewhere.

If we’re going to learn once more the art of human happiness, we’ll need to remember our rootedness. Thanks Dolly, once more, for the help.