What St. Paul teaches us about conversion and parenting 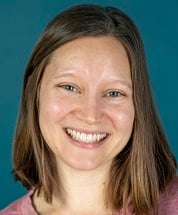 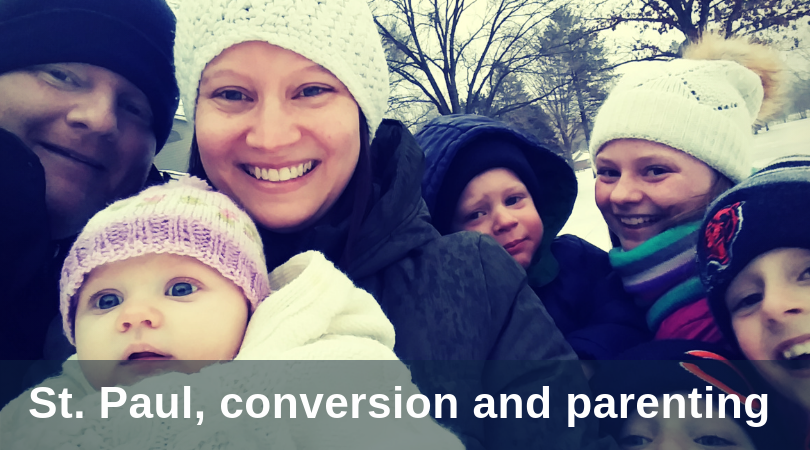 I love a good conversion story. From Augustine’s Confessions to Jennifer Fulwiler’s Something Other than God, I am drawn to the stories of those who have been transformed by the Truth found in Christ. Since I don’t fit the standard definition of a “convert,” I used to read these beautiful stories of conversion for the simple yet profound way they inspired me to appreciate my own faith and see it with a new perspective. But then I became a parent. I began a journey that changed my outlook on conversion and challenged me to see it as an absolutely essential element of faith for any Christian.

My conversion to parenthood

I remember holding my firstborn daughter in my arms for the first time, in true wonder of the gift and responsibility handed to me, realizing I was now a parent. Twelve years later, this daughter now has three little brothers and a baby sister. I have learned a great deal in my evolution as a parent, enough to know that I will never know enough. And also enough to realize that it wasn’t the moment of delivery that really made me a parent.

What has made me a parent are the little things: the midnight feedings (ever more precious this time around), the toddler tantrums, the preschool antics, the forgotten school lunches, the mood swings of adolescence and the joys and challenges in between. Often, I respond to these moments the way I want: with love. Other times, I do not, and I feel a sentiment similar to St. Paul’s, “For I do not do what I want, but I do what I hate.” (Rom 8:15)  However, what has helped me grow as a parent is what follows after the failing, the moments I lay in bed at night thinking of how I did not live up to my calling and still prayerfully resolving to wake up the next morning to try all over again. It is this steadfastness that makes me a parent, the same steadfastness St. Paul voices so beautifully and clearly for our benefit.

As we celebrate the Feast of the Conversion of St. Paul, we have an opportunity to reflect on one of the greatest transformations in Christian history and to consider how it can challenge us today. We all know the conversion story of Saul, the persecutor of Christians, who became Paul, the Church Father and Apostle to the Gentiles. (The evolution from his old self to his new self was so dramatic, he needed a new name altogether!) After a temporary blindness, Paul was literally given new sight with which to see the world, through the lens of faith, and our world and Church have not been the same since. But Paul’s conversion did not end on the road to Damascus; that’s where it began. He was called to live as a Christian through each challenge that he encountered, remaining true to the will of God even when Damascus seemed far behind him.

As I have written this piece, I have taken several breaks to nurse my baby. Though she had a bath yesterday, the fragrance of the chrism oil from her baptism this past weekend is still strong. She is the newest Christian I know, though she still has a lifelong conversion ahead. She bears the indelible mark we all bear, the mark of God’s grace as the catalyst of her transformation. She is a reminder to me that I must rely on God’s mercy as I continue to grow as a parent, just as Paul relied on God in his own vocation. As a Christian parent, I fully submit myself each day to God, trusting that He has called me to conversion and will provision me for the journey. He will transform me through all of my successes and shortcomings, joys and challenges and everything in between. As St. Paul assures us, “I am confident of this, that the One who began a good work in you will continue to complete it until the day of Christ Jesus.” (1 Phil 1:6)