A Devotion to St. Bernadette 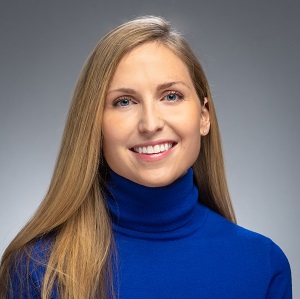 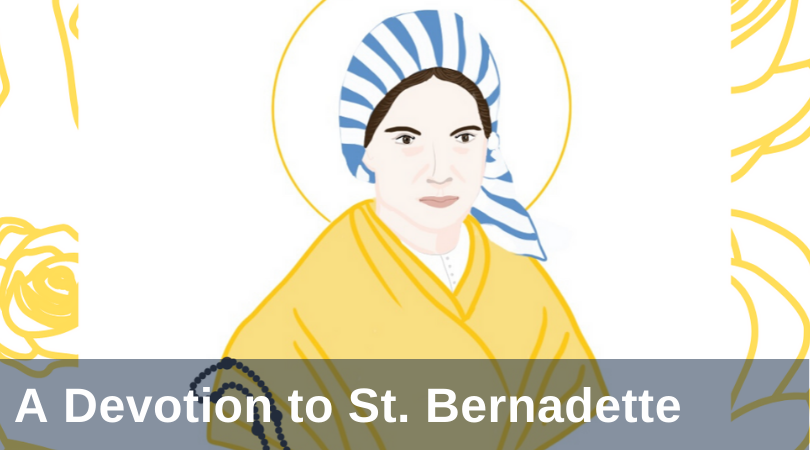 Editorial Note: This post is a part of our saint devotion series, in which one of our staff or faculty members explores their relationship with a particular saint. In honor of International Women's Day, we are highlighting female saints this week.

Messages. We’re surrounded by them. Phones are ever-messaging, ever-announcing, ever-calling out to us, as is our environment, saturating our senses with advertisements, music, screens, and images. Messages consume our attention and punctuate our consciousness. Their demand for our engagement can be overwhelming; not responding to every tug at our attention becomes a psychological survival mechanism. When we do respond, we often polish and curate what we say from a safe distance.

It’s nearly impossible for our electronically-soaked selves to appreciate how utterly different life was in 19th century rural France, where, in February 1858, fourteen-year-old Bernadette Soubirous encountered the Mother of God and received her message. Messages then were profoundly relational. The sounds one would hear walking through the village or out in the fields were auditory encounters with neighbors, family, and nature; the experience of message was rich, embodied, real. The experience of sight, too, was gentler and more intense than we know it now. Bereft of advertisements, screens and their magnetism, and the ever-expanding web before us of words, signs, and digital information, sight was a direct, unfiltered experience of the created world and its reality. Such an environment shaped and stilled Bernadette’s senses, rendering them recollected, alert, and receptive.

“The medium is the message,” as Marshall McLuhan rightly saw. So who was Bernadette, whom God chose as a fitting medium—and icon—of Mary’s message? She was a laborer’s child, illiterate, and spoke only dialect. She had a reputation as a terrible student; her education had been compromised by chronic poor health. In their extreme poverty, her family lived in a literal dungeon, abandoned after being deemed too unsanitary to house prisoners. She encountered Mary at the village dumping ground, a refuse-strewn wasteland. “Massabielle” rang in the ears of the villagers in Lourdes the way “landfill” does in our own today.

God chose this desperately poor, word-less, sickly girl gathering kindling for her family’s fire amidst frozen garbage as a fitting home for, and image of, Mary’s message to all her beloved children. This is a reality that begs consideration. Bernadette’s poverty in every regard freed her to forget herself and meet Mary unhindered by self-importance or self-deception. Her sensory atmosphere, steady and simple and real, colored and carried this poverty, capacitating her to receive Mary’s message of conversion, penance, and hope. This synthesis of interior and exterior humility liberated Bernadette to receive the Word meant for her.

One would think receiving such a message from the Mother of God in the flesh would consume the hearer with a relentless desire to inundate others with it, to persuade and convince them of its truth. Instead, Bernadette’s response is paradoxical and arresting: in response to strenuous opposition from village leaders she said simply, “I am charged only with telling you, not with making you believe.” What astonishing freedom, detachment, and lack of a desire to control! We would do well to aim at such freedom in our own communication: to be mindful of the addictive mechanisms of digital technology that seek to control and consume our attention, and to navigate these prudently. The desire to control and manipulate reflects a technological, mechanistic mindset instead of a theological, personal one.

Ultimately, Bernadette’s full and free reception of Mary’s message brought healing and life. Mary asked Bernadette to dig in the mud, and a clean spring burst forth. The sick came to wash there, and their healings revealed the water to be miraculous. It still flows today, drawing millions of faithful each year.

At the McGrath Institute, we’re embarking on a new initiative exploring how we might cultivate interior and exterior freedom in a digital age, so that like Bernadette, we might receive the Word meant for each of us in its fullness, without being controlled or controlling.  As we see in the Scriptures, communication of the Word leads to communion. The act of communication takes part in this deeper reality.

What does it look like for us today, tech-saturated and scattered as we are, to become more open to one another, to God? The Church Communications Ecology Program seeks to engage these emerging questions regarding modern communication and cultural change. We desire to help others shape their practices intelligently, to use media intentionally, as a tool, toward that end of freedom modeled so purely in Bernadette. May her intercession obtain for us the grace to receive the Lord and his Word more fully, and to encounter others as they truly are in turn. This communication brings healing and life.