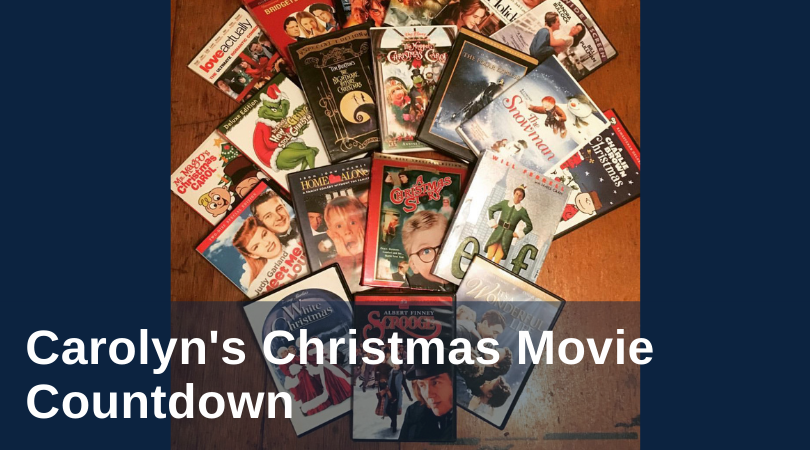 I was recently invited to be a guest on Church Life Today, the McGrath Institute’s radio program and podcast, where I chatted with my colleague and show host Lenny DeLorenzo about Advent music and Christmas movies. Here is my personal list (emphasis on personal!) of 25 films that I watch nearly every holiday season. For the most part, I’ve ranked them in an order that contains a sort of ‘progressive solemnity’—moving from vaguely holiday-adjacent movies toward those that delve deeply into ‘the meaning of Christmas.’

In reflecting on this list since the interview, I readily admit that people may find it deficient. It doesn’t include any films released after 2006, and it also features nearly all-white casts. While its lack of diversity is on the one hand a reflection of my cultural identity and upbringing in white, middle-class, Midwestern America, it’s also a reflection of the very real and decades-long failure of major movie studios to celebrate diversity through the films they produce and the filmmakers who produce them. So, this year, I’m intentionally supplementing my perennial go-tos with new-to-me holiday movies featuring people and communities of color, for example, the update of The Preacher’s Wife (1996), Last Holiday (2006), Nothing Like the Holidays (2008), and this year’s Jingle Jangle, which is already being hailed by many as a new Christmas classic.

That said, the wonderful thing about Christmas movies is that everyone can have their favorite, and it doesn’t have to be a cause for friction when those favorites differ. It can just be a happy excuse to watch a great movie with friends and family. So here goes.

This 1980s film telling a 1940s story has acquired a coveted place in holiday pop culture. Its catch phrases (“You’ll shoot your eye out!”), characters (Ralphie, the Old Man, and the Bumpus Hounds), and even costumes (“He looks like a pink nightmare!”) have become seared in the American imagination, and its tale of a Christmas dream come true continues to resonate in the hearts of children of all ages who have ever set their hearts on that one perfect gift.

In a culture often marked by crassness and crudity, Elf stands as a shining beacon celebrating innocence and purity of heart. Through his childlike exuberance, his love of everyone around him, and his unapologetic enthusiasm for all things Christmas, Buddy the Elf restores joy and wonder in everyone he meets, breaks through the hardened surfaces of his father’s jaded heart, and yes, even manages to save Christmas.

This movie musical boasts show-stopping songs and jaw-dropping dances. With its ‘solve any problem by putting on a show’ trope, the plot may be a little thin, and a modern viewer may rightly take issue with some dated cultural references, but overall, White Christmas is a classic worth watching every year.

This movie actually lost money upon its original release, but perhaps its long-term success is due to the enduring power of its message and the power of its star’s performances. By far the most Catholic film on this list, It’s a Wonderful Life is a remarkable meditation on how one’s life unfolds under the watchful eye of divine providence, how no life is ever meaningless, and, of course, how “no man is a failure who has friends.”

These last two films are essentially tied for first in my book, but Scrooge edges ahead, as it is, for me, the ultimate adaptation of A Christmas Carol. The actors’ performances are top-notch: a then-34-year-old Albert Finney plays both old and young Scrooge, and Sir Alec Guinness—Obi Wan Kenobi himself—starts Scrooge on his supernatural journey as the ghost of Jacob Marley. Leslie Bricusse’s expertly-crafted songs and screenplay are filled with wry humor, dry wit, dark and delicious irony, and utter pathos that never fails to move me to joyful, hope-filled tears.

There’s a reason holiday movies are such an important part of popular culture: they are stories that help us get at the heart of the story, the story of the Incarnation, the story of Christmas itself. These films can help us enter more deeply into our celebrations of Christmas, and many of them can even help us “honour Christmas in [our hearts], and keep it there all the year.” Happy viewing, and Happy Holidays!

To hear the full conversation between Carolyn and Lenny on our Church Life Today podcast, click the button below:

Featured image courtesy of the author.