Mother of Hope, Mother of Love 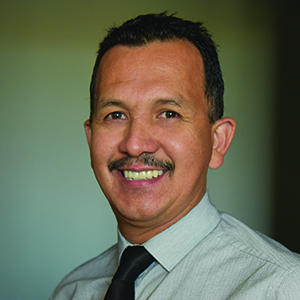 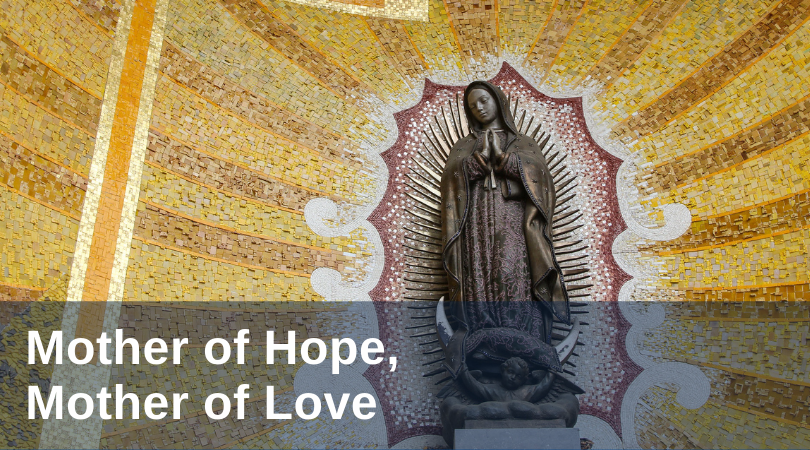 “Am I not here who am your Mother?” These very words were spoken by Our Lady of Guadalupe to a Mexican indigenous man nearly five centuries ago, and they changed the course of evangelization in the new world. The Spanish had already spent several years trying to convert the new world, but nothing was working. Hostility between the indigenous people and the conquistadores was the only thing coming out of their many attempts. Into this environment of hostility, our Blessed Mother came to the aid of those in need. She came to St. Juan Diego and gave him all of her motherly love and compassion. Now, she is known as the Queen of Mexico and Empress of America.

The apparitions of Our Lady of Guadalupe are a historical event that has rooted deeply in the hearts of the Mexican people. So much so that every year, millions of people in Mexico still celebrate the day on which the Mother of God came down from heaven to share God’s love with the poor, the voiceless, the marginalized, and the abused. In the time I’ve spent living in Mexico and the United States, I have witnessed many amazing celebrations in honor of Our Lady of Guadalupe. In my home town alone, the festivities usually last an entire week and include peregrinations and processions from town to town, music, fireworks, and multiple Eucharistic celebrations. The peregrinations from all over Mexico to the Shrine of Our Lady of Guadalupe in Mexico City are countless—with large numbers of pilgrims not just from Mexico, but also from the rest of Latin America, the United States, and around the world.

But what did Our Lady of Guadalupe do to inspire the Mexican people to honor her throughout these past five centuries? Why did her apparitions change the entire country, the entire Catholic world? The Queen of Heaven could not have come to Mexico at a better time and with a better message. The indigenous Mexican people were having a hard time understanding the religion the Spanish had just introduced to them. On the other hand, the Spanish were also having a hard time explaining their faith to the indigenous people. Language barriers and cultural and religious ignorance between the Spanish and the indigenous people were contributing to the rising frustration. Just when things could not get any worse, Our Lady of Guadalupe came to the rescue, bridging the gap with her motherly love. She appeared to St. Juan Diego and gave him the mission to go and see the Bishop of Mexico City and tell him that the Mother of God wanted him to build her a shrine on the spot of the apparitions.

St. Juan Diego believed in Our Lady’s message for many reasons. First, she displayed many signs in her appearance that the Aztecs associated with a divinity: St. Juan Diego saw the sun projecting its rays behind Our Lady, the stars and the color of her mantel, the moon underneath her feet, the color of and the figures in her dress, and so many other signs that her very presence displayed. When St. Juan Diego recognized these symbols in the appearance of Our Lady, he knew she was from heaven and that she was the Mother of the one true God.

Our Lady of Guadalupe taught St. Juan Diego how much God loves him. She demonstrated to him, to the Bishop, the Spanish, the Indigenous, and even to all of us today that the right way to evangelize anyone is with love and care. She shows us that the way to the heart of any culture, of any people, is through the love of God. As Catholics, we are called to bring the Good News to others in the same manner and in the same way Our Lady did. Our Lady of Guadalupe teaches us that we only are strangers when we do not love each other, but we are family when we bring God’s love to others.