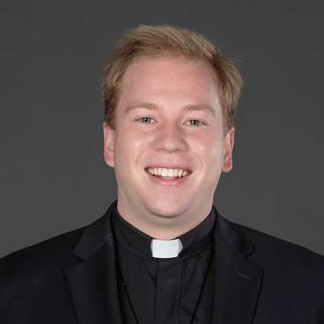 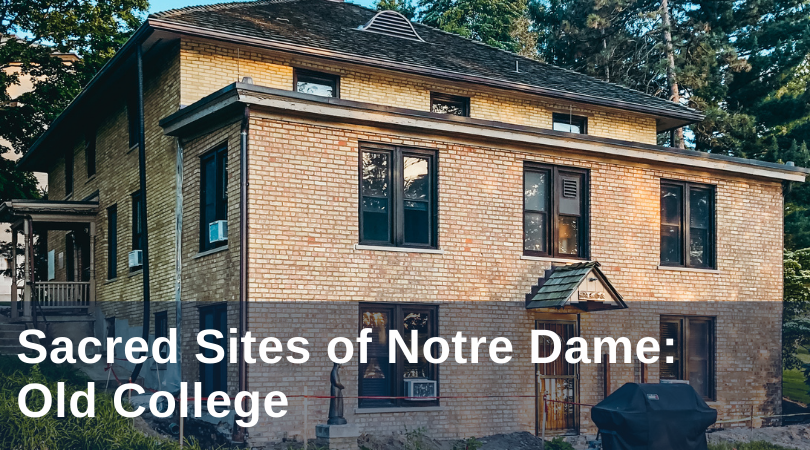 Built in 1843 by Fr. Sorin and seven Holy Cross Brothers, Old College is the oldest building on the Notre Dame campus. The simple brick structure has had many uses over the years, including a student dormitory, classrooms, a clothing room, a bakery, and even a dining hall.

If one is quiet and attentive enough, I am convinced that one might indeed be able to hear the veritable voices of those men who, as our Holy Cross Constitutions say, “had passed this way, who had made and lived by their vows, who had walked side by side in their following of the Lord . . . and who beckoned us to fall in step with them” (C1.5) echoing down the narrow hallways and resonant within the walls of Old College.

Probably no other building on Notre Dame’s campus can boast of physically bearing the marks of this “great band of men” (C1.5). Old College’s foundation and structure was built by the hands of Holy Cross Brothers, laid with bricks formed from the mud and clay of the lakes. Inside, its space has served, for over forty years now, as a home—crafting and molding many young men who, loving the Lord, are seeking to follow him, grow their gifts, and serve the people of God out of a sense of having been sent on mission.

If only walls could talk . . . what would we hear?

We might hear of the prayers uttered from men who, like Samuel, have sought to hear the voice of God, and have presented themselves to Eli, saying “Here I am! You called me!” (1 Samuel 3:8).

We might hear of the sighs and cries and tears arising from the heart as intercessions for family members, loved ones, classmates, and friends in need of healing, love, and support.

We might hear of the dreams perhaps only ever unspoken, and the silence which gave voice to what was never thought possible.

We might hear of the booming laughter and quiet chuckles expressive of an uncontainable and contagious joy, with power enough to lift the hearts and lighten the burdens of the whole people of God.

We might hear of the wisdom and counsel gifted to someone in need of a ray of hope.

We might hear of the love shared in word and deed to someone who had become more than a close friend or a trustworthy neighbor, but a true brother.

When those Holy Cross religious arrived in 1842, so much was still unknown about how their apostolic ministry would unfold, and how the Congregation of Holy Cross would flourish in the United States. Similarly, the men who arrive at Old College’s doors today—as men discerning, praying, and considering life as a priest or brother in the Congregation of Holy Cross alongside their academic pursuits—strive to undertake the same posture of trusting in Divine Providence, though the future is still unknown. In turn, God’s call reveals and forms them day by day, little by little, into the men he desires them to become.