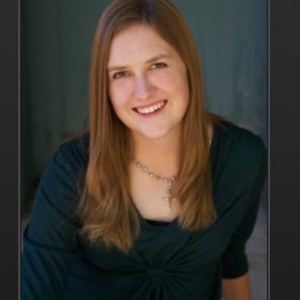 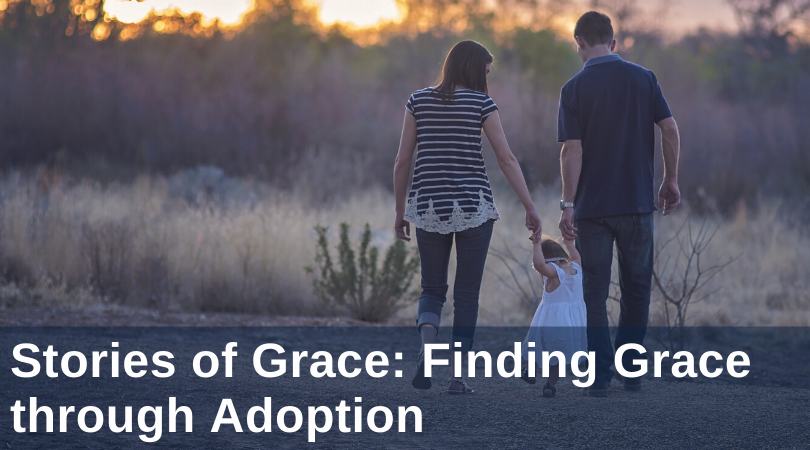 Growing up, bedtime at the Brummond house was quite an extensive ritual. After we took a bath, my mom would let my brother and I pick out three books each that she would read to us before tucking us in. One such book that sticks out in my memory is Happy Adoption Day, a short children’s book based on a song. The lyrics to the chorus were something like this:

So here’s to you, three cheers to you
Let’s shout it, “Hip, hip, hip, hooray!”
For, out of a world so tattered and torn,
You came to our house on that wonderful morn
And all of a sudden this family was born
Oh, happy Adoption Day!

I have known I was adopted from the time I can recall being able to understand what that meant. I am so incredibly thankful that my parents were always honest and open with me about being adopted, but that they didn’t let it become my whole identity. To them, I am no different than I would have been if I had been their biological child; I am simply their daughter. My parents have allowed my adoption to be a part of my story without becoming the whole story. I am thankful for this because I love my parents, and they are a much bigger part of my story than my adoption, which took place before I was even born. On the other hand, I am glad that I have always known I was adopted because I imagine I would have felt betrayed had there been some big “reveal” later in my life. I feel much more confident having always been allowed to live in the knowledge of my reality.

Truth be told, for me, the messy reality of being adopted consists of a constant internal struggle between overwhelming gratitude and inexplicable feelings of inadequacy. As I was growing up, my parents always portrayed my birth-mother as a brave young lady who made the sacrifice of giving me up in order to give me a better life. I know there were other options available to her, but she saw the pregnancy through to its end, gave birth to me, and gave me to my parents. My parents have remained on good terms with my birth-mother, Amy. My mom has told me stories about visiting Amy and her family before I was born. They lived in a small apartment, clean but barely furnished; Amy’s mom let her have the only bed while she was pregnant with me. I am always amazed by the way in which Amy’s mother was willing to make sacrifices for her in the same way that Amy made sacrifices on my behalf. Knowing how difficult it must have been for Amy to give me life, I have always been grateful for her courage and strength in paying her mother’s sacrifice forward by sacrificing for me. She blessed my parents and myself with the gift of each other, and that is a gift that I wouldn’t trade for anything.

The feelings of inadequacy that creep up on me make me feel guilty because they arise in dark moments when I forget this gratitude. If the angel on my shoulder fills my heart with gratitude, these feelings come from the little devil on my other shoulder every time I face any kind of rejection. “That university did not want you? That boy did not love you? That friend did not care enough to stick around when things got tough?” It whispers, “Your mother did not even want you. She did not love you. And she did not want to stay with you either.” I know in my heart of hearts that these are blatant lies. But choosing the truth is often easier said than done, especially when I am caught in the thick of a situation where I am feeling unwanted and/or unloved.

I struggled with these feelings fairly frequently during my freshman year at Notre Dame. Much of this feeling of inadequacy stemmed from being in a completely new environment without my usual support group, my friends and family. Fortunately, as the year progressed, I became very close friends with one of the girls who lived in the room next door to me. We used to stay up until all hours of the night, just talking about friends and family from back home, about our past and current struggles, and about searching for a sense of belonging at Notre Dame. It was during one of these conversations that I realized a desire of mine that I had previously been unable to articulate: I wanted to meet my birth-mother.

Because my adoption was an open adoption, my mom remained in contact with Amy up until my eighteenth birthday. In her final letter, I asked my mom to include my email address. For some reason it felt a little odd to ask my mom for this favor, but she happily agreed to help me. So Amy and I began emailing back and forth. It was strange at first, because this process of emailing felt like making a new friend, a “pen pal,” if you will. A pen pal who just happened to be the woman who had given birth to me. I got to learn about Amy’s life, how she was earning her PhD in theater, and how she took a particular interest in the connections between acting and psychology. How she was now living with a beekeeper named Paul, and they were going to be married very soon. She wanted to know all about my life as well; I told her about my studies at Notre Dame, how I had not made the marching band, but I was planning on trying out again next year. (Spoiler alert: I made it.) She told me that she was going to be visiting family in Colorado, where I live, at the end of the summer, and that we could find a time to meet while she was in town.

I met Amy about two weeks before I was to begin my sophomore year at Notre Dame. She and Paul came to our house for a few hours; my mom served us snacks somewhere in between hysterical sobs, and Amy and I regarded each other with what I can only describe as an awkward curiosity. It was awkward partly because we were similar people. I got the impression that neither of us really knew what we were supposed to feel, so we just sat down to learn about each other and hoped this would lead to an ability to decipher our true feelings about the situation. We chatted for a couple hours, talking about school and the games my brother and I used to play as kids, and Paul and his bees. At the end of our conversation, my mom brought out three matching cross necklaces she had bought for the three of us; my mom, Amy, and myself. At the point of saying goodbye, there were a few tears shed, and then Amy and Paul left. There were no big epiphanies, no shocking surprises, not even newfound feelings of belonging on my end. But I was grateful that I had the chance to meet the woman who played such an important role in giving me life. And that maybe I could stop blaming her for the little child’s voice inside me that constantly pleads, “Don’t leave me.” Because not only was she pretty cool, but this visit and our emails since have shown me that she still wants to be a part of my life, which has been such an incredible blessing.

Throughout the years, seeing the world through the lens of my adoption has given me a renewed understanding of grace. My faith, at times, can involve the same interaction of gratitude and an acute awareness of my own shortcomings. Awareness that I can never be perfect and that I am prone to sin, but gratitude for the grace found in the knowledge that Christ died for me, and that He offers me reconciliation in the hope that I can still join in communion with Him. I am so grateful that Jesus constantly answers my helpless “Don’t leave me” with a firm “I won’t.” Grace is the way in which we can be loved, truly and completely, despite our shortcomings.

My mom taught me about grace by being an agent of God’s unconditional love. She always says that being adopted just means that my parents will never take me for granted, that I am a gift, and that she and my dad will always love me. For every voice that tries to tell me that I am unwanted and unloved, there is this stronger reiteration of love from my mother, who has shown me what it truly means to love unconditionally. After reading six (count them) bedtime stories, my mom would send us to our beds and come in to say goodnight. We would sing three songs together. And every night, as I drifted off to sleep, my mom would whisper in my little ear, “Mommy loves you. Daddy loves you. Cameron loves you. And Jesus loves you and we thank Him for you every day.”

"Stories of Grace” is a podcast from the McGrath Institute for Church Life featuring storytellers from the University of Notre Dame campus community who recount moments of encountering God and recognizing his presence in daily life. By listening to these stories, we witness the transformative love of the Lord and are drawn toward a more attentive receptivity of God's ever-present grace.

You can also attend a Stories of Grace event at Notre Dame 3 times each semester. The schedule is available below.