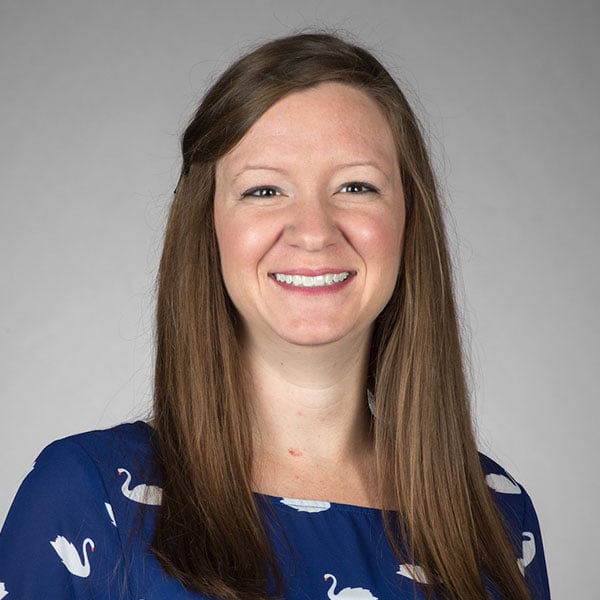 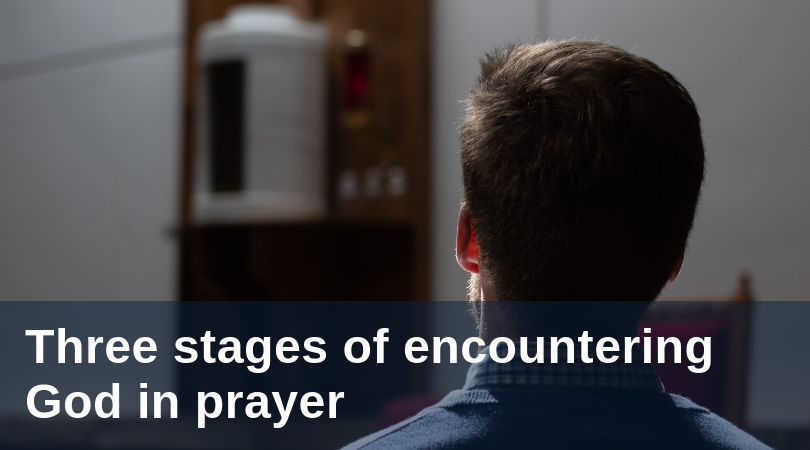 The busier I become, the more I’m tempted to rush or even decrease my prayer time. But whenever I do this, I neglect the real purpose of my prayer: to set aside time and space to connect with or encounter God.

Not every prayer experience leaves me feeling like I’ve had a profound encounter with the Creator of the Universe, but when I’m patient and persistent I do notice that my prayer involves three movements: 1) locating myself, 2) responding to God and 3) experiencing the fruits of the encounter.

Adam had just eaten from the Tree of Knowledge of Good and Evil; he covered his intimate parts with fig leaves and hid behind the trees (see Genesis 3). Adam’s response to sin is to alienate himself from God.

God did not need to ask Adam where he was; he does not expect to learn something new from Adam. God asks Adam this question for Adam’s sake, to help Adam locate himself and to help him develop the desire to come out of hiding.

In an honest encounter with God, I need to identify where I am, what’s on my mind, what emotions I’m experiencing. Becoming aware of my exhaustions, my frustrations, my joy and my sadness helps me to locate myself.

What question is God asking me today?
What effect, if any, does this question have on me?

To Adam’s credit, Adam responds honestly. He tells God that he was afraid because he was naked, so he hid. Being ‘naked’ in front of God, when we are aware of ourselves, is scary.

Of course, the irony of this passage is that Adam has always been naked in front of God, and God didn’t seem to mind before and doesn’t seem to mind now. Adam is the one who is suddenly aware of his nakedness and bothered by it.

And I can’t totally blame him for that. The Psalms remind us how powerful God is—the earth both trembles and rejoices in God’s presence; God is a powerful, just judge. God is merciful, but God is also intimidating.

Approaching God requires both humility and courage. Humility to take an honest look at ourselves and courage to stand, essentially naked, before God.

Humility asks me to stand, essentially naked, before God and recognize who I really am, to accept that I am not God but a creature in need of God’s love and mercy.

Courage requires vulnerability. The word vulnerable comes from the Latin word meaning “to wound,” so to be vulnerable means to be able to be wounded. To be brave requires the possibility of injury.

While I don’t imagine that being honest before God will result in my physical injury or death, I have certainly experienced a sort of death to self, a death of my own will in favor of God’s will.

One of the scariest things about approaching God is that we might feel compelled to change, but we do the hard things because we have confidence that they will lead us to eternal life with God.

What resistances/fears/challenges do I face as I think about encountering God?

Experiencing the fruits of encounter with God

The “fruits” of an encounter with God aren’t always what we would expect and they aren’t always pleasant or comfortable, but they are always for our good.

I can’t tell you what the fruits of your encounter with God will be. I would, however, like to share an image of an encounter with God that captures the experience better than any of my words could. The image is from The Voyage of the Dawn Treader, one of C.S. Lewis’ books in the Chronicles of Narnia series. (The part of the story I reference is in chapter seven, if you’d like to read the full version yourself!)

In this book, Edmund and Lucy have returned to Narnia with their rotten cousin, Eustace. Eustace has no friends and likes bossing and bullying; he’s puny, selfish and a generally unpleasant person.

During his adventures on Dragon Island, Eustace finds treasure in a dragon’s cave, fills his pockets and slips a gold arm-ring onto his arm. He wakes up the next day having turned into a dragon—his inner condition is manifested on the outside.

After spending a few days as a dragon, Eustace begins to feel sorry for himself. While worrying about what would become of him, he encounters Aslan, whom you may remember as the lion and Christ figure in Narnia.

Aslan leads Eustace to a garden on the top of a mountain, and in the middle of the garden there is a well “like a very big, round bath with marble steps going down into it.” Eustace desires to bathe in the well, but Aslan tells him he must undress before entering the water. Since he is not wearing clothes, Eustace peels off his dragon skin, but just as Eustace is going to step into the well he notices that his skin has become rough and scaly again. So, he peels off his scales again, only to discover that the scales return a second time. After a third unsuccessful attempt to remove his scaly skin, Aslan reveals that the lion must undress Eustace.

Eustace later describes the experience to his cousins:

The very first tear he made was so deep that I thought it had gone right into my heart. And when he began pulling the skin off, it hurt worse than anything I’ve ever felt. The only thing that made me able to bear it was just the pleasure of feeling the stuff peel off. You know—if you’ve ever picked the scab off a sore place. It hurts like billy-oh but it is such fun to see it coming away….

Well, he peeled the beastly stuff right off—just as I thought I’d done it myself the other three times, only they hadn’t hurt—and there it was, lying on the grass, only ever so much thicker, and darker, and more knobbly-looking than the others had been. And there was I as smooth and soft as a peeled switch and smaller than I had been. Then he caught hold of me—I didn’t like that much for I was very tender underneath now that I’d no skin on—and threw me into the water. It smarted like anything but only for a moment. After that it became perfectly delicious and as soon as I started swimming and splashing I found that all the pain had gone from my arm. And then I saw why. I’d turned into a boy again…

After a bit the lion took me out and dressed me… in new clothes.

Encounter with God invites transformation. God gives us a new heart and a new spirit.

We can hide from this encounter in the busyness of work and family, but God patiently waits for us to come out from hiding, to allow him to remove the uncomfortable clothes we have made to cover our nakedness and to let him transform us.

What do I imagine could be the fruits of an encounter with God?

Taking this into prayer

As you consider creating space for your own encounter with God, I invite you to spend time reflecting on the following questions and allowing them to lead you into prayer.

What question is God asking me today?
What effect, if any, does this question have on me?
What resistances/fears/challenges do I face as I think about encountering God?
What do I imagine could be the fruits of an encounter with God?

More from The Voyage of the Dawn Treader

The above lecture was part of the McGrath Institute for Church Life's 2019 spring lecture series, Journey through Narnia from Lent to Easter. You can view all the lectures on the McGrathND YouTube channel linked below: